Why Cloud Development Environments Are Better Than Desktop Development

Over the past decade, cloud computing has disrupted nearly every facet of IT. Sales, marketing, finance and support – all of these applications are being reengineered to take advantage of cloud’s instant access, no download and pay-as-you-go attributes. According to Gartner, the cloud is changing the way applications are designed, tested and deployed, resulting in a significant shift in application development priorities. 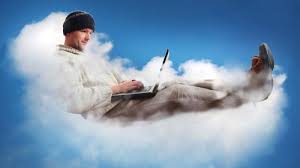 Cost is a major driver, but so are agility, flexibility and speed to deploy new applications. The firm estimates that 90% of large enterprises and government agencies will use some aspect of cloud computing by 2015.

Yet despite this transformation, there has been little disruption to the integrated development environment (IDE) world. The world’s nearly 15 million developers, teams and organizations continue to use desktop IDEs as their workbench of choice. Why hasn’t the development environment moved to the cloud along with just about every other application?

Many developers have multiple computers and are forced to repeat these tasks on each machine. There is no way to synchronize the configurations of components across different machines, and each machine requires similar hardware and operating systems to operate the components identically.

Decreased productivity: Many IDEs are memory and disk hogs, with significant boot times. They are so resource-hungry they can starve other applications, such as the Web browser. The net effect is a less productive developer due to a slower machine.

Limited accessibility: Desktop developer workspaces are not accessible via mobile devices. Developers who need remote access have to resort to complex and slow solutions such as GotoMyPC – if their firewall allows it.

To solve these problems requires moving the entire development workspace into the cloud. The developer’s environment is a combination of the IDE, the local build system, the local runtime (to test and debug the locally edited code), the connections between these components and the their dependencies with tools such as Continuous Integration or central services such as Web Services, specialized data stores, legacy applications or partner-provided services.

The cloud-based workspace is centralized, making it easy to share. Developers can invite others into their workspace to co-edit, co-build, or co-debug. Developers can communicate with one another in the workspace itself – changing the entire nature of pair programming, code reviews and classroom teaching. The cloud can offer improvements in system efficiency & density, giving each individual workspace a configurable slice of the available memory and compute resources.

Of course there is more work to do, and we are far from tapping into the endless possibilities the cloud computing offers developers. But the benefits are already clear.