When I was a kid, Miller Lite ran an endless series of commercials in which former sports greats debated the merits of the beer. 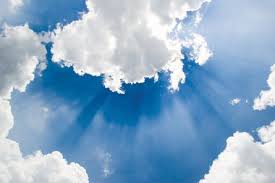 This would go on until the voiceover announcer would settle the matter by noting that what’s really great about Miller Lite was that it’s less filling and it tastes great. In other words, it was special because, unlike every other beer on the planet, it could square the circle and deliver two previously incompatible characteristics. What was fantastic about Miller Lite was that it combined two contradictory qualities: flavor and low calories.

I’m reminded of those commercials when I hear people talk about cloud computing benefits. One person will say that cloud computing is less expensive than traditional IT, contending that on-demand pricing, efficient provisioning and scale make it possible for cloud providers to deliver IT capability much less expensively than established practices.

After a couple of minutes, someone else will say, “Well, I don’t know if it’s less expensive or not, but what’s really great about cloud computing is its agility.” Because cloud providers offer self-service and immediate provisioning, companies can now respond to business opportunities or threats far more quickly than the old, manually-provisioned practices of IT can support.

Both proclaim their opinion as if cloud computing really provides only one of the benefits, that it’s either cheaper than IT or works faster than IT. According to these positions, the whole discussion about cloud computing has to focus on their side of the discussion, with the other side not really important at all.

The key thing to understand about cloud computing is that is substitutes automation for manual effort. Instead of doling out work to a system administrator, who then manually completes the task and makes the resource available, cloud computing uses resource APIs and an orchestration engine to drive the same task. Therein lies the genius of cloud computing.

Automation also negates the “tastes great, less filling” agile vs. cheap cloud computing argument. Fact is, both agility and low cost are inherent characteristics of cloud computing—and automation is the foundation for them both. There’s no way to achieve one without the other, because both require automation, and it’s their combination that makes cloud computing a disruptive revolution.