The popularity of BYOD(or ‘Bring Your Own Device’) has surged in recent years, with around 67% of employees bringing their own computing tech into the office for work – whether that’s something large like a laptop to function as your ‘office computer’, or something smaller like a smartphone or tablet which is used for pulling up data and accessing records while in the boardroom and away from your desk. 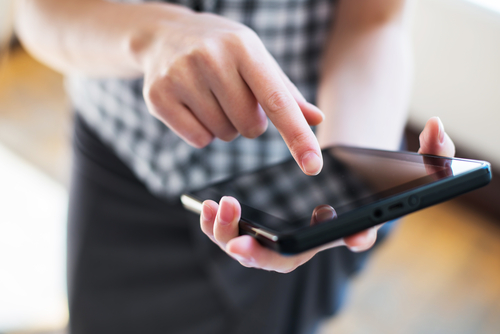 With the cloud computing market value expected to reach hundreds of billions of dollars within the next years, it comes as no surprise to learn that these two rapidly rising forms of technology are intrinsically linked and are both self-perpetuating. This guest post, written by UK-based cloud infrastructure suppliers GCC Innova, looks at how BYOD-days in business settings are giving the cloud an even bigger boost.

Before smartphones evolved to the point they’re at now, BYOD had to be a conscious decision – you had to intend to work from your own laptop, or even compact desktop computer, so BYOD was easier to measure and control for security purposes.

However, as smartphones have become more like computers in their own rate (and large iterations like the Galaxy Note blur the line between pocket-sized mobile phone and fully fledged tablet), it’s simply not viable top prevent people from bringing in their own devices – do you force employees to leave smartphones at home, even your high-up execs?

What this almost subconscious BYOD use by employees does is force companies to put together a strategy for access, file storage and security – all of which are easily managed by a hosting company when adopting the cloud.

The cloud has a variety of benefits which can help to reduce a company’s spend on IT – files are stored remotely, so no need for private servers; no need to personally manage a server as this is done by hosting company; no need for expensive in-house IT staff to provide technical maintenance and security.

But another knock-on effect when combined with BYOD is also reducing the need for a large number of workstations and desktop machines – which virtually all companies have an unnecessary surplus of. BYOD combined with the cloud means more smartphones, tablets, laptops and even cloud-based netbooks like Google’s Chromebook can replace your traditional workstation. With everything available on the cloud, there’s no need for a single central workstation device (bought on the company’s money!) – all internet-capable devices become your workstation, and your ‘desk’ becomes wherever you’re connected.

Security has always been a  major concern for businesses when it comes to BYOD – people bring in their own laptops and tablets, access company servers and databases with no guarantees that the device they’re using is secure and isn’t compromised in anyway – for example, with malicious code which transfers data from connected servers or, even worse, deletes this data.

An infected device could compromise an entire company’s network, and enforcing security procedures for each and every single connected device is impractical the point where some firms simply won’t allow BYOD to happen.

What the cloud offers is security at the server’s end, with no need to actually manage anything ‘in house’ – you get the pooled resources of the hosting company without the expense of employing several support staff. A security strategy is already implemented – all you need to do is control which users can access what data via whatever platform is being used, and its security integrity remains intact.