Banks are warming to cloud computing after nearly a decade of hesitation about trusting their data to outsiders. Seventy-one percent of bank executives surveyed in a recently released report say they plan to invest more in cloud computing, nearly four times the figure a year earlier, according to PricewaterhouseCoopers. 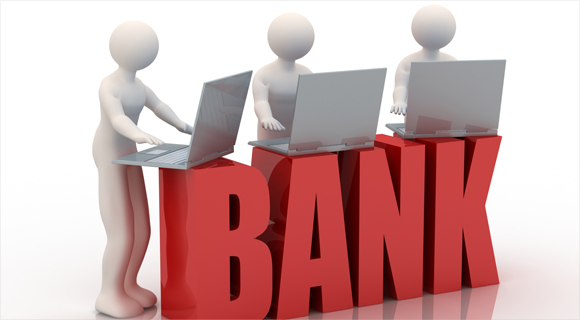 (About half of the 115 large banks surveyed around the world are based in the U.S.) One reason for this shift, according to Julien Courbe, PwC’s financial services technology leader, is that vendors of public cloud services have made their offerings to banks more secure and reliable.

“This makes stakeholders more comfortable,” Courbe says. “A lot of clients are starting to consider and invest in the offerings of many large technology companies to move apps and data to the public cloud. It’s a significant shift. Most investments banks have made to date have been in the private cloud,” in which the bank retains a greater degree of control and management. “Now we’re seeing banks invest in public cloud solutions.”

To improve security, cloud providers are encrypting data in storage as well as in transit. “They’ve also made significant investments in identity and access management,” Courbe says.

In another change, midtier banks are skipping the intermediate step of private cloud implementation and going straight to the public cloud, Courbe says.

This year, Gartner forecast the public cloud services market would grow 18.5% in 2013 to total $131 billion worldwide, up from $111 billion in 2012. Infrastructure-as-a-service, including cloud computing, storage and print services, was the fastest-growing segment of the market, according to the research firm.

In April, Amazon announced that more than 2 trillion objects were stored with the Amazon S3 service and that the service was getting more than 1.1 million requests per second.

“It took us six years to grow to one trillion stored objects, and less than a year to double that number,” the company said on its blog. In July, the Netherlands’ banking regulator approved Amazon Web Services for use by financial organizations. All levels of data storage and management on the AWS cloud, as well as the use of technology provided by third-party vendors that runs on top of AWS, are included in the approval.

Microsoft reported in April that its Windows Azure software and related programs surpassed $1 billion in annual sales for the first time. Google says 5 million businesses use its Google Apps for Business.

“This is a movement that will continue to accelerate,” Courbe says. In about 15 years, there will only be about five or six data centers in the world, he predicts.

The first use case for cloud computing in banks is application testing and development. It’s a natural fit, since thorough testing of applications requires considerable computing resources but often takes just three to six months — so investing in equipment to test on doesn’t make sense.

In the next phase of cloud adoption for banks, they’re starting to use human resources, accounting and operations apps in public clouds. In one recent example, Standard Bank in South Africa said it was planning to move human resources applications to the cloud, as a test before putting core banking services there.