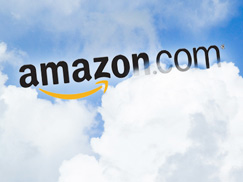 The same goes for AWS (Amazon Web Services): Anyone can upload virtual machines, store data, and run compute jobs in the cloud just by filling in a few Web forms.

Last week’s re:Invent conference was a reminder of how far AWS’s simple idea has come. AWS, the provider that defined cloud computing, has built up a vast ecosystem of partners and keeps piling on features to broaden its appeal, with even conventional enterprises now thinking about moving production workloads to its cloud.

That proposition would have been hilarious just a few years ago. From the outset, AWS got hammered by traditional IT. You’re going to let anyone in the company with a credit card do what? Have you considered the security risks? What about quality of service? Go ahead, play with it for dev and test purposes if you must, but for god’s sake don’t put anything serious up there.

Conservatism of this type left an opening for other cloud providers such as Rackspace and SoftLayer, whose roots in hosting and managed services enabled them to peddle offerings that suited enterprise IT better. In a recent interview, SoftLayer CEO Lance Crosby told me that part of his company’s mission was to give complete control to enterprise customers, right down to the driver level on dedicated hardware. In fact, most newer IaaS players, including HP and Verizon, talk about striving to meet the specific configuration demands of enterprise customers. Of course they play up AWS’s outages and reports of inconsistent performance.

Meanwhile, a funny thing has happened to the way enterprises procure technology. With or without the blessing of IT, departmental and line-of-business managers are increasingly going direct to providers for SaaS apps or IaaS offerings. No doubt you’ve heard Gartner’s pronouncement that the CFO will spend as much on technology as the CIO by 2017. A lot of that investment will go to customer-facing “systems of engagement,” mainly relating to e-commerce, that need cloud infrastructure from the likes of AWS to scale properly and meet the highly variable demands of public Web and mobile apps.

Although augmented over time by tons of accrued features and services, AWS has stuck to its basic proposition: Any individual can create an account and get to work. That just happens to follow today’s consumerization-of-IT model for buying technologies and services. Amazon stayed the course — and business technology buying patterns caught up.

I have no doubt that the HPs, Rackspaces, and SoftLayers of the world will continue to lure traditional IT business to their clouds by offering more granular configs, SLAs, dedicated hardware, and so on. But is that really the big growth area? Do conventional IT workloads really require the scalability and agility of the cloud?

More exciting areas beckon, and as several re:Invent announcements highlighted, AWS is all over them. Its new Appstream service will preprocess graphics, including 3D renderings, and blast the results to mobile clients. And its Kinesis service for streaming data sets the stage for building big data apps on AWS that ingest telemetry from sensors — the basic architecture for the Internet of things. As for Hadoop capabilities, it’s hard to believe but AWS launched its Elastic MapReduce nearly five years ago.

Even more striking, however, were Amazon’s announcements targeting more conventional enterprise workloads. The big news of the show was Amazon WorkSpaces, which delivers virtual Windows 7 desktops to users from the cloud. The company also revealed it would offer PostgreSQL, the leading open source alternative to Oracle, as a relational database service. It even announced a new compute instance featuring high-speed I/O powered by SSDs.

This buildup of services — and the sheer scale of AWS — makes it very hard on the competition. According to a recent Gartner report, AWS has five times the compute capacity of its nearest 14 cloud competitors combined. And it’s growing that capacity at a prodigious rate. At re:Invent, AWS vice president and distinguished engineer James Hamilton claimed that every day Amazon adds the equivalent of the infrastructure necessary to power its $7 billion e-commerce business.

Last week Morgan Stanley analyst Scott Devitt even went as far as to predict that AWS revenue could increase from its current $3 billion level to $30 billion by 2022.

At this point, there’s very little to stop the rush to the public cloud. Forward-looking enterprises turn their eyes heavenward to build and deploy systems of engagement, and startups and many smaller businesses see less and less reason to spend money, time, and effort maintaining their own infrastructure — especially as the ecosystem of services across the cloud gets richer.

To be sure, there’s plenty of cloud to go around. For example, this week I’ll be visiting Salesforce’s Dreamforce conference, where a predicted 120,000 people will descend on San Francisco’s Moscone Center. But in the IaaS space Amazon has a spectacular lead, even playing host to many PaaS offerings that include Pivotal Cloud Foundry.

Amazon.com has long been the dominant e-commerce operation. In a similar, all-inclusive way, AWS rules the cloud by offering every service imaginable and building out very aggressively. It’s tough to imagine what might seriously challenge that reign.