Where it makes sense to avoid the cloud

The notion that it’s a good idea to move data and applications to public cloud providers, or even private clouds, is not always true. In the majority of cases, using public clouds adds a great deal of value. However, in certain instances, cloud computing doesn’t make sense. 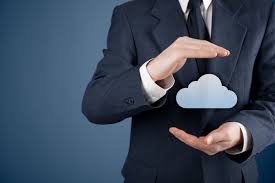 No technology is a good fit for everything. Yet both people and companies like to treat new technologies as a universal silver bullet, using it where it does not make sense — a mistake they’re repeating now with cloud computing.

There’ve been many cases in the last few years where systems were pushed out to the public cloud and brought back in-house later on. Zynga is the poster child: It moved a ton of systems to Amazon Web Services, then pulled much of it back.

Like Zynga, many businesses are finding it better to own and maintain their own hardware. Why? They can operate private clouds at the same or lower costs than public clouds. Or they already purchased a pile of services and need to use amortize those investments through their productive lives. The security and privacy argument may come into play as well.

The path to understanding if your data and applications should stay is via a simple analysis of costs projections around where you are now and where you intend to go. Make sure to model for the use of public clouds, looking for positive effects on both cost efficacy and agility. Then, model what happens if systems stay put or are deployed on new hardware and software that you purchase. Unless there is a business case for using public clouds, don’t go there.

Avoid the tendency to make such big decisions around emotions or feelings. Cloud computing is cool and hip, so at first blush, it seems like the logical choice — until you run the numbers. I’m bullish on the use of public clouds, but I recognize that you still have to determine where this technology fits into your organization, and where it does not. There are no silver bullets, and the newest option isn’t automatically the best.