What Will NSA Scandal Cost in Global Cloud Sales?

Fears that began last year about National Security Agency (NSA) spying techniques could have a significant impact on cloud revenue over the next three years, according to some industry trade groups and analysts. But the dollar figures being quoted seem more like warnings from Chicken Little or that lad who cried “wolf.” 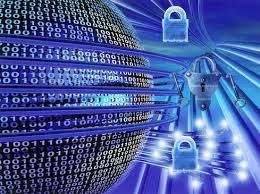 Six technology groups wrote to the White House in December noting they believed the NSA scandal could cost upwards of $35 billion in revenue in the cloud computing sector by the end of 2016. Not an insignificant dollar figure at all, but James Staten, an analyst at Forrester Research, wrote in a blog post that $35 billion is too conservative of an estimate. Instead, Staten said the market could face a $180 billion shortfall in that timeframe. By estimates, that’s a 25 percent hit to service provider revenue, he noted.

Either figure sounds scary, but are they realistic?

The figures take into account what many believe to be an industry slowdown because of the NSA, but so far, the expected slowdown seems to be MIA. A Reuters article noted that Google (GOOG), Facebook (FB), Amazon Web Services (AWS) and Microsoft (MSFT) “have felt little if any impact” so far.

That could change going forward, but the concerns remind this writer of similar dire warnings when the Patriot Act was shown to give the U.S. Federal Government the ability to search and claim data stored in American data centers. Some predicted a mass exodus of data to Canadian and European data centers, but let’s face it; if anything, the U.S. data center sector is stronger than ever, and it hasn’t exactly scared away foreign businesses, either.

Cloud computing is no passing fad (hey, we’re talkin’ about it every day), and like the snowball rolling downhill, it’s going to get bigger and bigger over the next few years. Don’t dismiss concerns about the NSA, but also don’t forget the momentum cloud computing has built up. It’s hard to stop a speeding train once it gets going, after all.