The cloud computing paradigm has advanced the field of computing by leaps and bounds and has allowed businesses of all kinds to adapt to an ever changing environment of business needs and consumer demands. Indeed the path to here has never been a paved road, no new way of thinking has ever really gone smoothly at first, but it is here now, fully embraced and making our world a better one be it behind the scenes and away from the attention of the masses. Cloud computing was slow to start with many “nay sayers” and negatively minded people who in the guise of “practicality” where against it in the beginning. 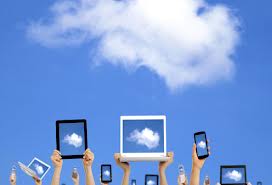 But it proved its worth by consistently delivering its promised benefits to those who were brave and smart enough to plan thoroughly and hop on the train. One of the biggest successes of cloud computing, partially because of the obviousness of its application and the proper  advancement of networking and storage technologies, is the cloud storage solution. This provided us with a desktop-like environment for storing our files online. Before cloud storage, we could only upload and access files through an FTP server which was a pain to handle and was a technology literally inaccessible to the masses. Now with cloud storage, we have been able to solve a lot of fundamental problems of file transfers, be it for school or work, which was man’s capacity to forget to bring the storage device altogether. Cloud storage allowed us to put our files on the cloud so we can access them anytime and anywhere, as well as share them.

Since this was the most basic and logical application of cloud computing, it has been fully marketed to the masses in various advertisement campaigns as well as through social media. This is especially applicable because of the prolific use of smartphones, other MIDs (multimedia internet devices), and the widespread availability of internet connectivity though the cellular network. And because of household names having their own cloud storage services like Google Drive, Microsoft Sky Drive, Amazon S3, and Apple iCloud, people became familiar with such services. Other popular solutions include Dropbox, SugarSync, Box, Carbonite, and Cubby just to name a few. People usually use these services as backup storage for smaller files like music, pictures, and documents simply because they are also advertised as such.

But the masses are slowly getting in on cloud computing, be it unknowingly, but slowly people are starting to understand what cloud computing really is, and in that understanding they may somehow find ways to make it work for themselves. This may further breed additional applications as the saying “necessity is the mother of invention” is not absolute, meaning that people sometimes invent for the sake of invention. What I mean is that even without a real need people will find ways of applying it to improve a task we though could no longer be improved. But for now, the masses only really see the cloud as one big storage space. But it’s a good start and there is nowhere to go but forward.