What Economists Can Teach Us About Cloud Computing 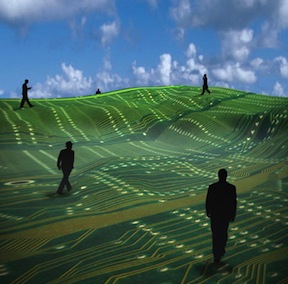 Of course, this is understandable. Every cloud product is associated with a vendor, and every vendor has to make its numbers. If the technology trend a la mode is cloud, well, then every vendor needs to look au courant. In addition, IT groups love new technology; after all, that’s what they specialize in, and every new trend and product that comes down the block is a new chance to build expertise and cement their position as the technology nomenklatura.

But cloud computing is a curious phenomenon because much of the uptake is by groups that traditionally didn’t drive adoption or even get much involved in infrastructure decisions: Application groups and software developers. They’ve embraced cloud computing, particularly Amazon Web Services, with gusto—so much so that central IT has developed new terminology to describe it: shadow IT, or, even more witheringly, rogue IT. Anyone who has looked at the growth of AWS (as I did), can see that it’s experiencing enormous growth.

Vendor and IT organization embrace of cloud computing is understandable. But why have end users so assiduously adopted it? After all, throughout most of IT history, application groups stood aloof from infrastructure involvement, seeing it as nothing more than plumbing managed by specialists. What’s driving “shadow” IT?

Particularly relevant here are the type of applications that in the past could never have been cost-justified—the so-called “systems of engagement” such as company-based social media campaigns that, since they are not tied to economic transactions, struggle to be justified. With the cost of putting these types of applications in the cloud plummeting, there has been an explosion of system of engagement applications.

In his article, Coase asked a question that hadn’t been examined before: Why do business organizations exist? Why don’t individual actors buy and sell among themselves, using the market to set prices, thereby ensuring prime economic efficiency?