What does a cloud IT career really mean?

The push is on to put more infrastructure and services in the cloud, but what does that mean for the cloud technology job market?

The term cloud computing has become part of the vernacular in companies of all industries and sizes. Over the past few years, more and more companies are moving to the cloud to save money, scale more easily and achieve faster times to production. 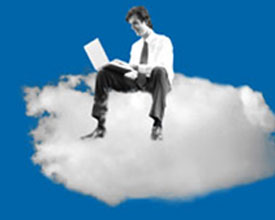 If you frequent job boards or listen to chatter about cloud jobs, there is an explosion of career opportunities, but according to David Foote of Foote Partners, a Florida-based analyst firm that specializes in IT analysis and forecasting, cloud roles have yet to be clearly defined. “We’re in a period of transition where we’re moving to the next level of what cloud means,” Foote says.

The challenge many companies face, Foote says, is that we have yet to define the skills necessary for leveraging all the cloud has to offer, and as a result there’s a lot of confusion over what a cloud role really is.

Time for a New Look at Cloud Careers

Foote Partners reports that it is rethinking its definition of what the cloud is now compared to the last four years. Foote says the analyst firm is starting from scratch using its network of more than 2,500 companies to figure out what roles and responsibilities specifically tie into cloud and if/how they break down into different tiers. “We need to retool our own view of the cloud now that is has become more mainstream and there are so many players in the market,” says Foote.

“Cloud is blowing out into a very inclusive definition,” says Foote. Now things that have never been included in what would be considered a cloud role or job are being added to the growing list of cloud jobs.

According to Foote, its original assessment of cloud jobs years ago included roles such as engineers, analysts, architects, along with some developer and administrator jobs. Recently, as part of its internal research of major job boards, it came up with about 150 different cloud job titles while searching for cloud computing. For example Foote says, “There isn’t a standard list of cloud jobs. You can say Linux or Unix is a cloud skill, but it’s also not a cloud skill. You have people using Linux, XML and Python that have nothing to do with cloud computing. Now you have these cloud versions of all of these broadly defined skills,” says Foote.

This type of shakeout in IT careers also occurred at the dawn of the Internet phenomenon. Many companies who were using the web had no idea what developer roles were or what they should be paying their people.

“We’ve seen in the security industry years later when 911 brought cyber-terrorism to the forefront. Then infrastructure and auditing with the passing of the Sarbanes-Oxley Act of 2002,” says Foote. It’s happening more recently in HIT (Healthcare Information Technology) with EMRs (Electronic Medical Records), IDC-10 and compliance issues.

What this means, Foote says, “We’re now in this period of rapid evolution. It hasn’t shaken out yet. The cloud market is in transition and hasn’t ordained or adopted a set of jobs or skills that you can call cloud skills. Companies are totally confused on what they are going to do from a human capital perspective.”

One Cloud Role Already Paying Off

That said, Foote Partners has identified one certification for which employers are paying a premium. EMC Cloud Architect, Foote says, is paying between a 10-14 percent (of base pay) premium.

Foote says he suspects that cloud architect will likely be the first break-out role as companies realize the need of an architectural eye when building a long term plan. Companies can waste a lot of money only to wind up at a dead-end if they don’t begin with an architecture perspective.

“Companies have gotten religion the hard way when they didn’t architect very well. They paid for it time and jobs have been lost over it. These people [architects] have to fit cloud computing into some current architecture that they’ve got,” says Foote.

The answer, says Foote: “That cloud training is essentially cross-training. Taking people with skills in different areas of infrastructure, development, architecture, networking, server configuration or administration and then adding a set of skills into those people to make them a different flavor of the specialist that they once were.”

Foote says that over the next 12-18 months, we will start seeing hard data that will begin to show how and where different companies are spending their money. This will give insight into where the market is going to settle.

As for the future of cloud computing roles, Foote says, “We believe growth in the cloud will come mainly from in-house training. A lot of the best cloud people will come out of your own internal training efforts”