What Cloud Computing Means For the Future of IT Organizations

It’s remarkable how the tone at Cloud Connect in Silicon Valley has changed over the years. The conference has turned from cheerleading to nuts and bolts. This means it’s less fun, but it’s also more grounded in the day-to-day realities of implementing change instead of envisioning utopia. Many presentations focus on real-world use cases and concrete action steps, with a strong focus on hybrid cloud computing. 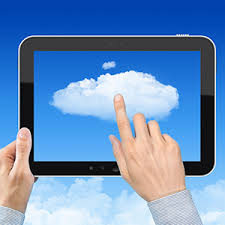 One fortunate element of this year’s conference: There wasn’t a single speaker who started off a session by saying, “Let’s define cloud computing.” That gets tiresome when seen in session after session, year after year, so its absence is gratefully received. This is a clear indication that the industry has moved beyond elementary knowledge-gathering and onto the practicalities associated with cloud implementation and rollout.

The dominant model presented in most sessions was hybrid cloud computing, including discussions of hardware, software selection, migrating workloads and cost management. Common to all these presentations is an assumption that the future of cloud computing will be operated by central IT, which will develop a common operating model used across all cloud environments.

Obviously, there are significant challenges associated with the model–chief among them how to induce application groups to embrace it given that many of them have embraced public cloud computing already without any involvement of central IT. In fact, it’s no secret that many of them have adopted public cloud computing precisely because it lets them proceed without IT’s involvement.

The rosy picture of an IT-led march to the hybrid cloud future received a rude thump in the form of the session by McKinsey consultants Will Forrest and Kara Sprague. They proposed a different, and enormously disruptive, scenario of the ultimate cloud adoption roadmap.

As an introduction to their theme, they noted that much of the available improvement made possible by traditional IT has been achieved. Transactional systems have replaced large swathes of yesterday’s workforce, including telephone operators, secretaries and travel agents. While additional, incremental improvement is possible, significant increases in productivity or financial savings are unlikely. For applications of these types, cloud computing can enable some cost savings, but nothing dramatic will result from the expenditure.

In fact, the greatest possible financial contribution by IT can be made by reducing IT spending to industry average levels. In other words, the greatest contribution IT can make today is to trim budgets to the minimum levels pursued by the most cost-conscious peers within a given market segment.

However, the McKinsey speakers did identify a category of applications for which cloud computing is an enabler. Moreover, unlike transactional systems, these applications offer significant opportunity going forward.

The McKinsey term for these applications is “new IT,” and the distinction between traditional IT and new IT can be drawn as follows:

While new IT might seem, at first glance, to be rather squishy, the speakers offered a number of examples: Amazon cross-selling (business model transformation), Deloitte teams using Yammer to collaborate and Google AdWords being offered as a digital product.

A common term for new IT is “systems of engagement,” which captures the digital, social and extended nature of new IT applications. The promise of New IT is engaging more deeply with customers to identify and implement innovative opportunities and increase financial performance. These are areas CEO are highly interested in, and they’ve identified cloud computing as the vehicle by which they can be achieved.

What Happens to Old IT When New IT Comes to Town?

The fly in the ointment for the CIO is that CEOs don’t believe their current IT organizations can really implement new IT. They’re going to look to public cloud computing for the infrastructure. Even worse (from the perspective of the CIO), CEOs may very well create another, parallel, new IT organization, unhampered by responsibility for legacy environments and uncommitted to traditional processes and practices.

It’s a striking vision that the McKinsey speakers outlined. Old IT looks to cloud computing to achieve incremental efficiency within the context of established practices, while CEOs chase new IT to create new business offerings and implement deeper customer relationships–all without the existing IT organization, thank you very much.

The fact that CEOs would consider setting up a separate, parallel IT organization speaks to the deep dissatisfaction with IT as it’s currently practiced. In a way, however, this perspective accounts for the steep growth of AWS, the rise of “shadow IT,” and the fact that a new type of cloud buyer has come onto the scene.

I don’t know how widespread is the phenomenon that the McKinsey representatives described, and it’s impossible to predict how it will all play out. However, there’s no doubt that old IT is under siege, threatened by the arrival of on-demand computing and the impatience of CEOs under pressure to achieve better financial results and bring new offerings to market. One thing is safe to predict: Cloud computing is going to look much different than the common IT vision of faster service desk support.

Bernard Golden is the vice president of Enterprise Solutions for Enstratius Networks, a cloud management software company. He is the author of three books on virtualization and cloud computing, including Virtualization for Dummies.