What cloud computing can mean for small business

You’ve probably been hearing a lot about “the cloud” and how everyone is using it. But what exactly does cloud computing mean for a small business owner? The term “cloud computing” can actually refer to a variety of things, depending on whether you’re talking to a software engineer or a business owner. 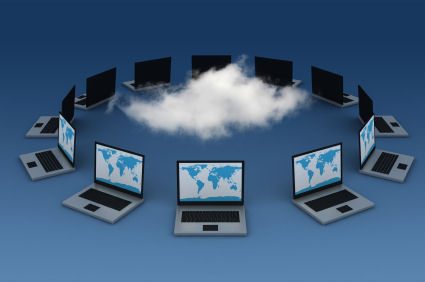 For the vast majority of nontechnical people, the most common type is software as service, or SaaS. One of the most popular examples of cloud-based SaaS offerings are Google’s suite of productivity applications, including Gmail and Google Calendar.

Google Drive’s documents, spreadsheets, and presentations have also gained popularity against their traditional software competitors in the Microsoft Office family, and illustrate the many advantages of working in the cloud, versus on your local computer.

Access can be granted directly to a file, eliminating version control issues. Once access is granted, multiple people can edit a file at the same time, a tremendous boon to remote employees and virtual teams.

Housing information in the cloud also decreases the chances of data being lost because of local hardware failures or even human error like leaving your laptop behind in a taxicab.

Cloud-based SaaS also has the advantage of staying up to date without having to perform frequent local updates.

This is especially helpful when you’re dealing with an area that has constantly shifting rules and regulations, such as tax law, which is why companies such as Intuit are seeing significant growth in products such as QuickBooks Online.

There are also a whole host of SaaS providers who specialize in providing individuals and businesses with storage space and backup services.

These include companies such as Dropbox, which provides 2 GB of space for free (and up to 18 GB depending on your number of referrals), and was recently rated the speediest among competitors by LifeHacker.com.

If you’re still backing up critical documents to an external drive that sits right next to your main computer, make sure to check out offsite backup solutions such as Carbonite, Mozy, and iCloud and MobileMe for Mac users.

You’ll be glad you used any of these in case of fire, flood, or other natural disaster.

There are even ways to independently back up your SaaS data to a third-party cloud. For a relatively modest monthly charge, Backupify will protect your Google Apps data, Facebook pages, and Twitter accounts. At a higher price point, they will also back-up your Salesforce data.

One important caveat: Given the myriad advantages to cloud computing, it would seem that the days of locally hosted software and data are numbered. But keep in mind that if your Internet connection goes down, you won’t be able to access your accounts in the cloud.