Competition in Asia’s cloud market is heating up as more global players such as Amazon Web Services (AWS), Microsoft, IBM, and more recently Google move to launch services and data centers catering to the region. So, where does this leave Asian players?

Plenty, if they play their cards right.

Microsoft in March announced the general availability of Azure in China, extending its partnership with local ally 21Vianet, which since May has been reselling Office 365 in the country. The Chinese company is the country’s largest carrier-neutral datacenter provider. 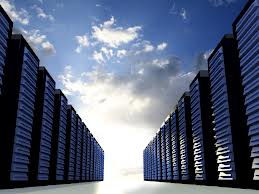 Apart from China, the region’s other economic juggernaut has come under Microsoft’s eye. The software vendor earlier this month said it was targeting to sign on 25 million new cloud users in India over the next year, where it planned to tout products such as Office 365 Personal, Bing, Skype, and OneDrive.

The move doesn’t come as a surprise, with India’s public cloud services expected to be worth almost US$556.7 million by end-2014, with software-as-a-service (SaaS) accounting for the biggest segment.

AWS also unveiled its plans to offer its services within the Middle Kingdom through a network of local partners including datacenter operators and ISPs such as ChinaNetCenter and SINNET.

IBM in December also announced its partnership with 21Vianet to offer managed private cloud services and infrastructure, delivering its SmartCloud Enterprise+ services to customers in China.

Google joined the fray last month when it expanded its enterprise cloud computing efforts into Asia-Pacific with local language developer consoles. The internet giant unveiled its first two Compute Engine Zones for the region, making its infrastructure available in Chinese and Japanese for developers to access documents and support. The announcement follows the launches of Google’s data centers in Taiwan as well as Singapore.

Where are the Asian cloud players amid this flurry of activities?

Alibaba Group’s cloud computing unit, Aliyun, this week officially launched its Hong Kong datacenter, making it the fourth such facility, a week after it launched its third in Beijing.

China’s two largest mobile operators, China Mobile and China Unicom, in December began construction work on two cloud computing facilities in Guizhou Province, located in the southwestern part of the country. The telcos said they were investing some 7 billion yuan (US$1.15 billion) into the two sites in Gui’an, where China Telecom–the country’s third-largest mobile operator–in October had already begun building its own cloud computing facility.

Cloud computing is a key component in the Chinese government’s 12th Five-Year Plan, and the country is currently running more than 40 public cloud projects. According to the China Software Industry Association, the Chinese cloud service market is projected to be valued at US$122 billion by 2015, driven by similar growth drivers as other markets such as reducing maintenance costs and plug-and-play data storage.

Go where the competitors can’t

With global players increasingly looking to compete in the region, Asian cloud players need to find ways to gain the upper hand and they can do so by plugging the holes their global counterparts can’t.

Cloud data security, in particular, has become a thorny issue for U.S. service providers after a New York-based judge last month ruled that local search warrants must include customer data stored in servers located outside the country. Magistrate Judge James Francis was residing on a case involving a search warrant issued to Microsoft for a customer’s e-mail data stored in Dublin, Ireland, which houses European citizen data.

Francis said the likes of Microsoft, Google, and other online service providers should hand over such data because, if U.S. law agencies were to coordinate efforts with foreign governments to secure such information, the “burden on the [U.S.] government would be substantial” and U.S. law enforcement efforts would be “seriously impeded”.

Microsoft has appealed against the ruling, but it poses serious questions about cloud data sovereignty and places significant doubt on pledges by U.S. cloud vendors that customer data is indeed secured.

This is where Asian cloud players can step in and assure customers their government’s judiciary system is unlikely to go as far as the United States. While Chinese market players may face a similar backlash due to previous cyberspying allegations against their government, enterprise customers in China are more likely to trust domestic players than foreign providers.

However, governments in the region will need to ensure their data laws and regulations are updated to keep pace with cloud requirements, which are typically more stringent especially in the government, and banking and financial services sectors.

There are also opportunities for local cloud and datacenter operators to partner foreign players and ensure they get a slice of the pie. Some vendors, such as VMWare, choose not to build their own datacenters outside their domestic market, preferring instead to work with local cloud operators. For VMWare, this strategy allowed the company to avoid getting into a capital-intensive model and it made more sense to tap local brands that had much stronger footprint in their markets than the U.S. vendor. The company works with folks like SingTel, Softbank, Hitachi, Optus, and China Mobile to deliver its cloud services in the Asia-Pacific region.

So with their domain knowledge and local presence, Asian cloud players can more than measure up against their global counterparts if they play their cards right. And they still need to fulfil the usual demands in the cloud space: reliability, accountability, and trust.