VMware will establish four data centers in the U.S. in which it will host a cloud environment that’s highly compatible to the one that its customers use in the VMware-virtualized portion of their on-premises data centers. The new facilities will be “a seamless extension” of customer facilities where they will be able to shift workloads at will with a few virtualization management console commands. 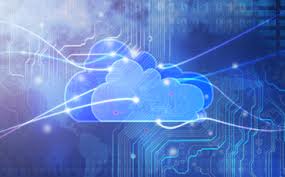 VMware is building commands into its vCloud Director product and the modules in its vCloud Suite to automatically provision a designated virtual machine with networking that connects between the customer’s premises and a remote Hybrid Cloud Service data center.

VMware is not about to build a global chain of cloud data centers on the scale of a Facebook or Google. It’s more likely to lease space in existing third-party facilities, equip them with its own hardware and software, and operate them as public cloud facilities. CEO Pat Gelsinger said VMware, in making such a move, is not backing away from continued use of channel partners and existing data center partners, which include Bluelock, CSC and AT&T in the U.S. That list formerly included Dell as well, but Dell announced Monday it would no longer try to provide public cloud services.

In an interview after the announcement Tuesday of Hybrid Cloud Service, Gelsinger said that VMware was creating model VMware public clouds in the four data centers — locations unspecified — that its many regional service providers could emulate.

By building new capabilities into its vCloud Automation Center product and its vSphere Management Console, the “network stretch and deploy” feature will become something customers can invoke from within a familiar management setting and use to move workloads out to a VMware Hybrid Cloud facility. VMware is also integrating Hybrid Cloud Service with other VMware products, including vCenter Operations, used for capacity and virtual system management, and VMware View, its desktop virtualization product.

One of the few surprises in the announcement, which had been anticipated for weeks, was that it will charge $0.13 an hour for a “fully redundant” 1 GB virtual machine with one processor in a “dedicated cloud” or an isolated server. That brings a secure and private virtual server in the VMware Hybrid Cloud Service to market priced slightly under one major competitor, Google Compute Engine, which is offering a midrange VM at $0.132 per hour. Amazon remains at a lower benchmark, $0.12 an hour for a medium server. Indeed, both Amazon and Google offer one virtual processor but 3.75 GB of memory, not 1 GB as VMware does, for their standard or medium-sized virtual machine.

The multi-tenant version of Hybrid Cloud Service comes in lower than the single-tenant offering. VMware is offering 1 GB servers with one virtual core at $0.045 an hour. Prices for larger servers, which most customers would need, were not listed in the announcement.

VMware Hybrid Cloud will have limited availability through an early access program that starts in June. General availability in the U.S. is expected in the third quarter.