VMware sees the hybrid cloud as a key step towards the holy grail of delivering IT as a service (ITaas) for its customers, but organisations must fully automate their own data centres before they can make that step. At the VMware Forum in London, chief technologist Joe Baguley outlined VMware’s view of the hybrid cloud, and how it proposes to take customers on the journey towards implementing an ITaaS strategy. 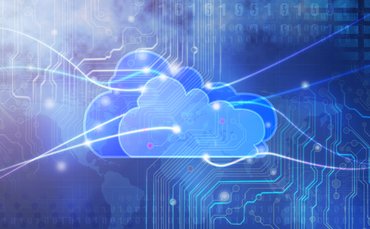 Baguley said: “IT is struggling to keep up in the modern era. There’s a growing chasm between the line of business that wants to be agile and the IT department that wants to keep control of everything.”

The solution to this is not only to fully automate the data centre to make it easier to deploy new services, according to VMware, but also to exploit publicly available cloud computing services and integrate these with your on-premise IT.

“We think you should be looking at using public cloud as a natural extension of your own data centre. It should be free and easy to move workloads between those clouds as it is to move them from one rack to another in your data centre,” Baguley said.

However, as Baguley conceded, many firms are a long way from realising this vision, and are still using VMware technology for server consolidation, if they have even got that far.

“The journey to ITaaS is one that many are just beginning. I still get IT guys coming up to me and asking how to virtualise their servers,” he said.

However, if organisations need a good reason to start down this path, VMware can give it to them; its customers have so far saved an estimated total of $10 billion through server virtualisation, Baguley claimed.

“And as you continue to build out the software-defined data centre, we believe you can turn those cost savings back into investments in the business,” he said.

The software-defined data centre is VMware’s existing cloud computing pitch to customers; virtualise everything and then build policy-based automation and orchestration layers so that departmental users do not have to wait for weeks to get a new service provisioned.

VMware customers can get there gradually by incrementally adding layers on top of vSphere, according to Baguley. “Or for those who can’t wait, you can jump straight in with vCloud suite as a single managed package,” he said.

Meanwhile VMware is set to launch on May 21st its vCloud Hybrid Service, which will see partners offer public cloud services based on VMware’s platform.

This will enable VMware customers to realise the hybrid cloud, as they should then be able to move workloads seamlessly between their on-premise vCloud infrastructure and the public cloud operated by providers such as Savvis.

“What we’re doing with partners is enabling a rentable extension to your data centre,” explained Baguley.

However, as Gartner analyst Chris Wolf warned at the time of the vCloud Hybrid Service announcement, VMware could be seen as trying to restrict the public cloud choices its customers can make.

This is a charge that VMware denies, of course, with Baguley stating that it has to be open to keep its customers happy.