One of VMware’s hidden strengths is the extensive partner network that it built up as it pushed virtualization deep into the enterprise data center. In the subcategory of cloud partners, it lists 168, most of whom have taken training in VMware vCloud products. 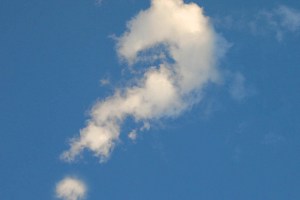 Now the company is crowding some of those VMware-certified partners as it pushes into hybrid cloud computing, providing services that some of these partners already provide themselves. Indeed, as VMware put the final touches to its vCloud Hybrid Service announcement, one of its handful of full-fledged, “data center” partners, Dell, withdrew from offering vCloud-based public cloud services. As a company in the midst of going private, Dell isn’t representative of the many smaller firms on the partner list. On the other hand, Dell may have understood how providing vCloud-based services was about to get more difficult.

In addition, VMware remains primarily an enterprise-focused company. It cannot put the resources behind evolving public cloud infrastructure at the same rate as Amazon Web Services or Google, which have major revenue producing operations that depend on that infrastructure. As VMware pushes into the public side of hybrid cloud computing, some suppliers will weigh how well it’s keeping up with changes in the field and whether their lot might be cast more profitably with someone else.

One of VMware’s oldest and ablest partners, Bluelock, with data centers in Indianapolis, Salt Lake City and Las Vegas, has been an innovator in the vCloud and provided the first hybrid cloud technology linking VMware-focused data centers to Bluelock’s public cloud services in 2010. VMware made similar, more generalized linkage technology available in 2011.

Bluelock CTO Pat O’Day said VMware’s new hybrid service “is the same thing we’ve been doing for years,” including the ability to manage workloads both in the cloud and in the data center from a single vCloud management console window. Does that mean Bluelock and VMware now compete? “Absolutely, yes,” said O’Day.

At the same time, he said in an interview: “I would agree with everything they’re saying. I would agree the only way they can understand what a public cloud supplier needs is to become one themselves.” He acknowledges VMware may be in a position to take away some customers but it’s also gaining the experience needed to make VMware’s own cloud management products better — and sharing that technology with partners.

O’Day points to VMX virtual networking interface card capabilities being built out by VMware, and other virtual networking capabilities coming from its Nicira unit as examples where Bluelock and other partners benefit from VMware’s investments. Another is vCloud Automation Center, a product that enables end users to self provision cloud servers. It resulted from VMware’s acquisition of DynamicOps.

A third area that O’Day pointed out was “the faster evolution of tools” for remote cloud workload monitoring and management, tools that each VMware partner has difficulty producing on its own.

At the same time, Bluelock and other public cloud partners need to stay in synch with VMware’s vCloud API, a standard way to open the door to provisioning and management of vCloud services. In a recent interview, John Considine of Terremark said his firm needed to use its own version of a cloud API to reach the scale of service that Terremark needed.

Terremark was an early cloud service supplier that came out of the managed services business with many enterprise customers. Most VMware partners grew up in the more recent period of data center server consolidation-through-virtualization and can afford to stay in step with the vCloud API. But the most aggressive partners will ask whether that API is keeping up sufficiently with the capabilities of Amazon, Rackspace and Google.

Bluelock has remained a cloud partner as VMware sought to get its feet on the ground. Bluelock differentiated its services, rather than simply supplying a look-alike VMware environment in the public cloud. It offers a second data center recovery service through a partnership with Zerto. That’s a cloud-oriented feature that VMware itself doesn’t have yet, O’Day said.

In the past, VMware research has flowed more readily into enterprise data center products than cloud products, O’Day said. He estimates a 90% to 10% split in the past. With the launch of vCloud Hybrid Service, he hopes to see that split look more like 70% to 30%, he said.