VMware is slated to disclose its plans for hybrid cloud computing to its customers Tuesday. This announcement is needed, not because customers demand it, but because VMware needs to do something to arrest Amazon’s continued reach inside corporate IT. 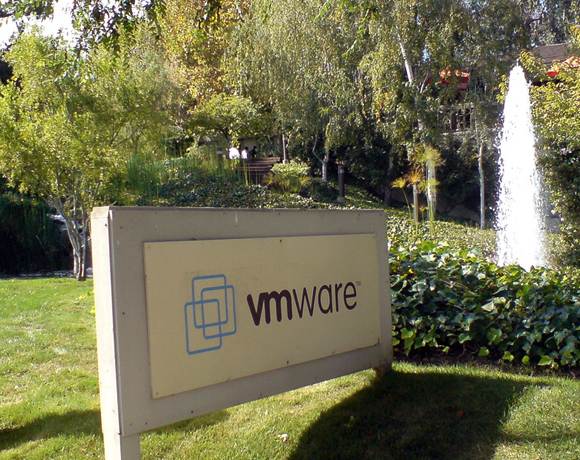 As VMware CEO Pat Gelsinger explained to partners Feb. 27 in Las Vegas: “We all lose if [enterprise customers] end up in these commodity public clouds. We want to extend our franchise from the private cloud into the public cloud … Own the corporate workload now and forever.”

Maybe the event will even get underway with COO Carl Eschenbach repeating the exhortation he made to partners Feb. 27. Don’t get beaten by a competitor “that sells books.” He misspoke, of course. What he meant to say was don’t get beaten by “a mere bookseller.”

It’s already known that VMware will say the hybrid cloud will include its own version of infrastructure-as-a-service, a public cloud that customers may turn to if they want to migrate into a large-scale version of what they’ve already got on premises. As a plus, their existing management tools will see workloads in either place, giving them an extension to their data centers.

That interpretation comes from Forrester Research analyst James Staten, who on March 13 posted a blog reporting what he heard from VMware executives as they told investors what they intended to do next: “Yep, a full public IaaS cloud meant to compete with Amazon Web Services, IBM SmartCloud Enterprise, HP Cloud, Rackspace and others.”

But I still can’t square these statements with what I see going on in the VMware ecosystem. Staten posited that VMware was discontented with its partners and customers for not more wholeheartedly adopting the VMware vCloud Suite path instead of trying out Amazon. “Sometimes you can only coax a reluctant partner and I&O [infrastructure and operations, or enterprise IT] customer community for so long before you feel you have to take matters into your own hands. That is exactly what VMware has decided to do to become relevant in the cloud platforms space,” he wrote March 13.

In other words, VMware is unhappy with the degree to which customers and partners have been implementing cloud computing using its products, and it’s decided to take matters into its own hands. It will establish its own public cloud, one that competes with Amazon Web Services. I believe all of this, except for the last part.

I think VMware will enter infrastructure-as-a-service and will exhibit a fuller cloud implementation than its partners have been able to display. That means automated cloud operations, end user self- provisioning, chargeback, scalability on demand and flexible configurations, based on customer need. But I don’t think VMware expects to take any customers from Amazon and I’m waiting to see how close a VMware-sponsored public cloud will come to Amazon EC2 server pricing — the really tough nut for VMware to crack.

On the contrary, I think VMware IaaS will be a demonstration of how vCloud Suite can be used to build out multi-tenant cloud services. It could be a variation of the cloud that it already operates for developers, Cloud Foundry. If it moves a version of Cloud Foundry from platform-as-a-service into IaaS, it will only be following in Microsoft’s footsteps, which did the same with Azure PaaS earlier this year. Cloud Foundry has the benefit of being open source code, and VMware partners desperately need something lower priced than vSphere 5 and vCloud Director with which to compete.

VMware may even have a little spare cloud hardware in its VCE subsidiary’s warehouse that it would like to put into productive use. In that way, the VMware “public cloud” could go on the books as a business expense instead of an unwanted inventory write-down. I don’t have any insight into VMware’s actual accounting methods; I just know there are several ways for VMware to launch a full-bore public cloud. A test of how serious it is about public cloud computing would be to ask: Where is the equivalent of AWS US East, AWS US West, AWS Singapore, AWS Japan, AWS Brazil, AWS Sydney and AWS Dublin? Will VMware be opening cloud data centers around the globe? Don’t hold your breath on that one. Or is a model VMware public cloud meant to drive the further development of public cloud partners around the globe?

Indeed, if VMware announces a chain of cloud data centers, I’ll be asking Bill Fathers, senior VP and general manager of VMware hybrid cloud services, when I talk to him May 21 why VMware hired him in the first place. His Linkedin profile shows he has experience in “Establishing worldwide alliances, partner programs, joint ventures.” That’s not going to be very useful if it’s VMware’s goal to scoop up customers’ interest in public cloud services for itself.

If that is its plan, that means a chain of VMware cloud data centers would be seeking to displace partners such as CSC, Dell, Bluelock, AT&T, Colt, Softbank and SingTel, and hundreds of regional suppliers. Most of these partners have continued building out their VMware services, even as word of VMware’s plans leaked out in March. Maybe they didn’t get the public cloud memo.

No, I’m betting VMware will establish a model public cloud to prove what can be done with a new round of VMware products and attract some customers to it. This will act as both model and goad to partners who have implemented partial public clouds but still haven’t quite gotten there. And it’s not all on the partners. VMware until now hasn’t produced the supplier software needed to operate a fully functioning, fully equipped, multitenant public cloud. That’s another thing I’ll be looking for Tuesday — what’s available in the VMware code? Is there more there than there used to be? This is a make-or-break space for the future of VMware, and I can’t wait to see what unfolds.