Veeva Systems Inc. plans an initial public offering this year, people familiar with the matter said, stepping up a challenge to Oracle Corp. (ORCL) with Web-based software for pharmaceutical sales. Veeva is meeting with banks including Morgan Stanley (MS) and is seeking a valuation of about $2 billion, or 10 times projected 2013 sales, said the people, who asked not to be named because the talks are private. Revenue is on track to grow at least 50 percent this year as Veeva edges past Oracle in tools to help drugmakers promote treatments to doctors. 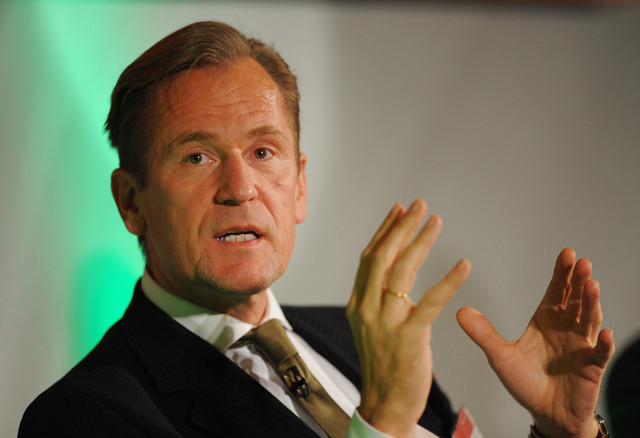 Breaking away from a model followed by Oracle and others delivering software via Internet to customers across varied industries, Veeva and companies such as Athenahealth Inc. (ATHN) and Dealertrack Technologies Inc. specialize in a specific business like medical offices or car sales. While its share of the $22.3 billion cloud-computing market is small, Veeva has won over many of the world’s top drugmakers.

“Veeva’s a shining star that came out of nowhere,” Eric Newmark, an analyst at researcher IDC, said in an interview. “Veeva is No. 1 in pharma in the U.S., and they’re not far behind Oracle for the global lead. They should pass them in the next year or so.”

Word-of-mouth is key to Veeva’s success. Within the drug industry, its software has built up a following for the ability to track prescribing habits and tailor pitches to specific doctors. Mobile tools also help sales representatives document samples given to doctors and obtain electronic signatures needed to meet drug-marketing regulations.

“Once you get in, there’s a power of incumbency,” said Peter Goldmacher, an analyst at Cowen & Co. “If a small guy can become No. 1 or No. 2 in that market, they can make a great living.”

Veeva spends just 25 percent of revenue on product promotion, about half the percentage for Salesforce.com Inc. (CRM), the largest maker of online customer-management software.

Lisa Barbadora, a spokeswoman for Pleasanton, California- based Veeva, declined to comment on the IPO plans.

“In our particular market, our customers know us almost as well as they know Microsoft Office,” Peter Gassner, Veeva’s co- founder and chief executive officer, said in an interview.

Salesforce CEO Marc Benioff helped pioneer the idea of delivering software as a service over the Internet, offering sales-tracking tools used by more than 100,000 customers, from donut shops to car makers. Veeva board member Gordon Ritter, who once founded a company with Benioff, said the narrow focus of his current venture offers a better profit model.

“Marc Benioff and other general-purpose cloud leaders won the first round, but industry-specific companies will win the next,” said Ritter, founder of Emergence Capital Partners, which has backed both Salesforce and Veeva.

Benioff called Veeva’s strategy “a very reasonable approach,” in an e-mailed statement. With a narrow focus, though, Veeva could struggle to sustain growth once its targeted industry is saturated, Benioff said. Salesforce will post more than $4 billion in revenue this year, he said.

Marketing costs that exceeded 40 percent of sales kept Saleforce from posting a profit in in its most recent fiscal year, a scenario that also played out at two general-purpose cloud software companies that had IPOs in 2012 — Workday Inc. (WDAY) and ServiceNow Inc. Veeva’s profit last year was about $30 million on sales of $120 million, people familiar with the matter said.

Like Veeva, Dealertrak and Athenahealth were profitable in 2012. And all three devoted less than 40 percent of sales to marketing.

Gassner co-founded Veeva after a two-year stint at Salesforce. He quickly decided to target the pharmaceutical industry, betting that executives in this heavily regulated sector would pay a steep premium for software that simplified documentation needed to avoid legal hassles.

One early customer was Publicis Touchpoint Solutions Inc., which contracts out salespeople to drugmakers. Marketing representatives use Veeva on notebooks, iPads and iPhones when they meet with doctors, said CEO Rick Keefer.

“We spend much more money with Veeva than we do with Salesforce,” Keefer said.

The approach of adding more services, which Ritter calls “layering the cake,” has been tried by many of Veeva’s peers. RealPage Inc. (RP), has added tools to help real-estate brokers check tenant’s backgrounds or offer 3D virtual tours. Dealertrack started with a network to process car loans and later added tools to track inventory, price vehicles and advertise online.

Executing such a strategy isn’t easy. Companies must invest heavily upfront to create software smart enough to anticipate users’s most arcane requirements, and to train customer service representatives to step in when glitches arise.

When medical school drop-out Jonathan Bush created Athenahealth in 1997 to improve how doctor’s offices get paid by patients and insurers, he discovered that many transactions were completed via fax. With no other option, he told customers to have the faxes sent to Athena, which hired dozens of workers and set up a call center. Later, he adapted his business with software to handle the work more profitably over the Internet.

Athena handles tasks “that people who work in doctors’ offices hate,” said Bush. Now, Athena helps manage appointments, track patient records and complete other common tasks in medical offices. “If every doctor bought all five of our services, our revenue would be $40 billion a year. That’s 10 Salesforce.coms but don’t tell Marc.”