An unusual interdisciplinary collaboration between an entomologist, a computer scientist and a rangeland specialist has the potential to bring significant aid to farmers facing a catastrophic threat to wheat crops. According to a report by the Oregon State University, a bug known as the Sunn pest is threatening some 20 million acres of wheat in Asia and North Africa. 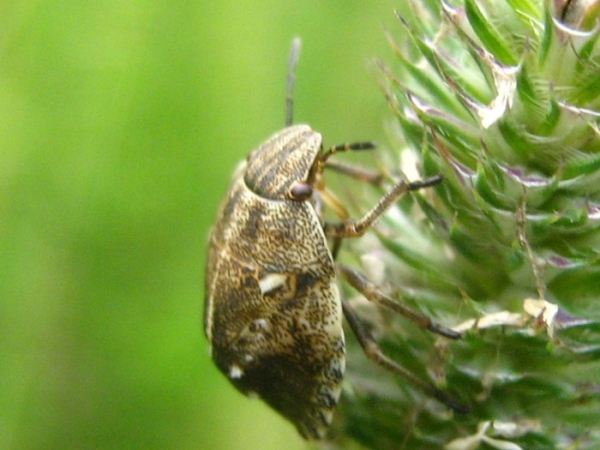 The little insects feast on the grains, injecting a harmful chemical into the crop as they chow down. The chemical the bugs inject significantly reduces the baking quality of flour made with the wheat. If just a fraction of the grain is damaged, the entire crop may be ruined as flour made from the wheat will be considered unpalatable.

Confronting the pests quickly is essential for wheat farmers, who risk losing up to 90 percent of their crop if it becomes infested by Sunn pests. Consequently, wheat fields are frequently doused with pesticides to ensure the crop is not destroyed.

“Because of the Sunn pest, governments treat infested wheat fields with pesticides,” said Mustapha El Bouhssini, a senior entomologist for the International Center for Agricultural Research in the Dry Areas, an organization based in Lebanon.  He said $150 million is spent annually on chemical control.

“But it’s not just the cost that is a concern,” El Bouhssini added. “That’s a lot of pesticide to dump in the environment,” he added. “It kills the bees, and pollutes the water and the environment.”

El Bouhssini sees promise in an environmental monitoring technology developed by OSU computer scientsts  Bechir Hamdaoui that relies on cloud computing and mobile technology to better manage the devastating Sunn pest. By using an integrated data acquisition system, photos snapped on smartphone can be sent to a server at Oregon State for processing. After processing, the server will relay back to the farmers, letting them know the number of Sunn pests in their fields and whether they should spray pesticides. The data collected for pest management can also be examined year-to-year, along with other factors like temperature and weather for prediction modeling.

“We would like to have an impact for these countries where wheat is very important,” Hamdaoui said. “It’s an essential part of their lives.”

Doug Johnson, an OSU professor of rangeland ecology and management who uses the system in his work, said the geo-referenced monitoring technology could have a number of other applications.

“Already we’ve had people talk to us about other applications such as rust on wheat,” Johnson said. “People are quite interested.