Headquartered in Singapore, social communication and collaboration platform Unified Inbox has today announced that it has entered into an agreement to acquire US-based cloud solution Smak for an undisclosed sum.

According to an official statement, Unified Inbox’s main goal is to build LifeModes into its platform which acts as an aggregator of various communication channels like Facebook, SMS and email. 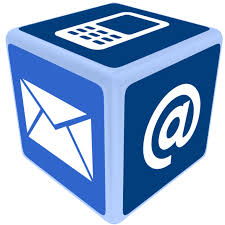 Essentially, LifeModes is Smak’s unique selling point as it helps users sort incoming information from email accounts and social networks and increase their productivity by doing so. Messages, in this case, will be classified according to different modes of life the user is in.

“We watched the ideas of mysmak.com evolve over their time of operation, and are very excited to team up with them to incorporate these ideas into upcoming versions of Unified Inbox,” said Toby Ruckert, Founder and CEO, Unified Inbox. Furthermore, Unified Inbox’s app on the iOS platform has garnered feedback along the lines of needing better tools to juggle messages from various channels.

“All along our journey, we have been in discussions with Unified Inbox about how to possibly work together, as both teams realised the great potential of joining our ideas. Hence, we’re happy to be able to do so now on a solid foundation,” said Matt Hooper, Co-Founder and CEO, Smak.