In an effort to expedite government cloud (G-Cloud) progress, the U.K. government plans to formally adopt a “cloud-first” procurement policy. And it would like to see the entire British public sector follow suit. In practical terms, that means all of Whitehall (central government) should always prioritize cloud-based IT products and services, according to a mandate from the Cabinet Office, which acts a kind of pan-governmental office of the COO for the British state. 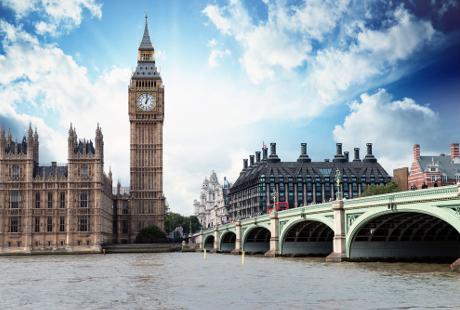 Going forward, government departments and agencies should consider and fully evaluate potential cloud-based solutions first. However, they are still free to choose an alternative option if they can demonstrate that it offers better value for money.

The push in many ways cements an ongoing set of activities designed to curb growing IT procurement and project costs, especially at the center of the country’s public sector. “IT costs are still too high,” said cabinet office minister Francis Maude. “One way we can reduce them is to accelerate the adoption of cloud across the public sector to maximize [cloud’s] benefits.”

For Maude and his supporters, the British approach to the G-Cloud is fundamental to both public service and IT reform because it creates a “friction-free commissioning point for government IT services,” facilitating the move away from dependence on an “oligopoly” of large suppliers and lock-ins to long contracts.

The Cabinet Office says it is also reviewing governance arrangements in central government IT to create more agile structures that support delivery better, including delivery of cloud-based commissioning of commoditized services.

The “cloud-first” announcement came on the same day the Office confirmed that the third version of its CloudStore IT buying catalog had gone live and that a new iteration of the G-Cloud supplier framework itself is also now online. The framework features more than 700 suppliers – 80% of which are SMBs — offering over 5,000 services. More than half of the companies listed are appearing in the framework for the first time. According to G-Cloud program director Denise McDonagh, the framework will only enhance the cost and innovation benefits of a more competitive marketplace.

But even with expanded cloud activity and high-level support, the G-Cloud program is in its early days. McDonagh said, “Sales from G-Cloud are rising steadily, with cumulative spend now over £18 million [$28 million] — two-thirds of it with SMBs. [But] this is still small relative to overall government IT spend, and the transition to widespread purchasing of IT services as a commodity won’t happen overnight.”

Even as McDonagh points to the possibility of CloudStore purchases being as low as 30% of the cost of alternative solutions, she also acknowledges that it’s still a long way from being the dominant purchasing model. For example, the state currently spends about £700 billion ($1.1 trillion) a year — just over 45% of total GDP — on everything from pensions to battleships. In 2010, according to the National IT Strategy document, tech spending amounted to a hefty £16 billion ($25 billion), or 4.6% of that figure. Cloud is just a tiny part of that; the CloudStore opened for business only a year or so ago.

Maude and McDonagh hope that the current £18 million cloud spend can grow to a larger proportion of that £16 billion. But it may take a while, even with a cloud-first mandate in place.