Just one third of UK businesses are either running or considering implementing cloud computing services, with the UK continuing to lag behind France and Germany in the uptake of cloud computing, according to data released by Forrester today. 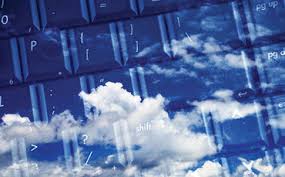 Instead UK businesses are spending proportionally more on hardware and software than most other countries in Europe and are continuing to invest in on-premise equipment, according to the study, which examined the IT spending of hundreds of businesses across Europe.

Andrew Bartels, an analyst at Forrester, told V3 that much of the UK’s businesses – notably those in the banking and financial services sector – have no reason to move into the cloud. He said this was down to the priority given to data security and high-power data centres for which cloud services cannot currently provide a cost-effective solution.

UK businesses spend a higher proportion of their IT budget on hardware and software than France and Germany, with 31 percent of IT spend going on in-house services and businesses seeing a 10 percent spending increase on software.

The utilities and telecommunications sector is leading the charge towards the cloud, however, with more than half of businesses in this sector adopting offsite services.

Elsewhere, the UK is seeing a higher adoption of mobile-based services, including both consumer and employee-facing mobile applications.

Bartels says that this is in part due to the UK’s big retailers such as Tesco pushing the market forward. “UK retailers have been leaders on a global basis in terms of adopting technologies, and this has put pressure on other retailers to do this. In France and Germany business is not as retail oriented and retailers are fairly conservative,” he said. Sixty percent of the retail sector is now pushing for mobile-based technologies, according to Forrester’s study.