Although there may still be some security concerns related to cloud, the U.S. federal government is chugging along at a rapid pace in its adoption of cloud computing technologies. The results of a survey of federal IT professionals from Tripwire shows that cloud adoption within the federal government has increased by 400 percent. 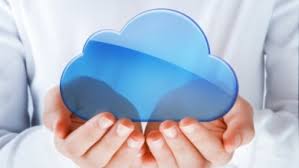 According to the second annual survey, security concerns are often cited as roadblocks, but the feds’ Cloud First policy seems to have been taken seriously by the various agencies and departments within its purview.

“The data indicates that this move is working—not only do stakeholders perceive improved security from this initiative, they are showing confidence by moving more important data and workloads into the cloud,” said Dwayne Melancon, chief technology officer for Tripwire.

A few other key findings from the survey include:

The federal cloud computing market is expected to continue growing at 32 percent annually over the next three years, according to Deltek. And at least some of those sales are going to channel partners, creating a huge and growing opportunity for partners playing in the cloud space.