TPP, ISA and the Cloud

This month negotiators from 11 countries are gathering in Singapore for an important round of negotiations on the Trans-Pacific Partnership (TPP) free trade agreement. As it happens, Singapore provides the perfect backdrop for understanding the opportunity countries have to expand trade in digital services. Singapore has vaulted into the tier of countries with the best policy frameworks to support the growth of information technology’s hottest sector right now: cloud computing. 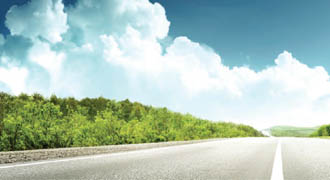 It has done so, as the new edition of BSA’s Global Cloud Computing Scorecard illustrates, by enacting a law that balances privacy protections for consumers with the regulatory flexibility to encourage business innovation.

TPP negotiators would do well to take note of that and other Singaporean policies supporting innovation. To foster the growth of cloud computing, Singapore now has some of the most modern digital economy laws in the world, supporting businesses already generally unfettered by tariffs and government intervention.

By contrast, Vietnam — also a TPP member — is considering a series of regressive measures that would hinder the flow of data across its borders and require cloud service providers to locate data centers inside its borders. The Scorecard demonstrates how policies such as this contribute to a counterproductive patchwork that chops the cloud into country-sized pieces worth less than the sum of their parts.

Research firm IDC estimates the cloud is set to drive more than $1 trillion in business revenues globally, so ironing out the policy patchwork is an urgent priority. To that end, TPP negotiators have a tremendous opportunity to set a marker for the world. High on their agenda should be explicitly preventing countries from inhibiting cross-border data flows or imposing restrictive data-location requirements on service providers.

The TPP is fortunately just one forum to advance digital trade in the cloud era. In January, the Obama Administration announced it would begin negotiating the International Services Agreement (ISA) with the European Union, Japan, and 18 other major economies. With cloud and other IT offerings moving more into the services realm, BSA testified to US trade negotiators this week on the importance of using the ISA as another critical platform to reinforce policies against restricted data flows, forced localization and procurement preferences for national providers.

We know what works for the cloud: a legal and regulatory framework that fosters innovation and trade, provides incentives to build the infrastructure to support it, and promotes confidence that using the cloud will bring the anticipated benefits without sacrificing expectations of privacy, security, and safety. Not every country will write its rules the same way. But as long as they can agree to a similar set of core principles, the cloud’s future will remain bright.