As its name may suggest, “the cloud” is a mysterious yet increasingly ubiquitous presence in all parts of life.

Realistically, its definition is simple: cloud computing takes advantage of economies of scale and resource pooling to provide massive amounts of storage and computing power to any users who sign up for the service. Google’s suite of “apps,” ranging from Gmail to its online document management system is one example; Amazon’s S3 data service is another. 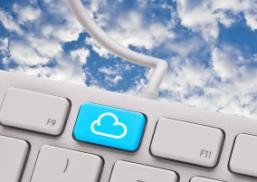 Cloud computing is still a relatively new force in computing, but it’s already it is beginning to make big inroads in health IT as well. Greg Arnette, CTO at Newton, Mass.-baed Sonian, which develops cloud-based technologies, describes ﬁve of the major ways the cloud will transform healthcare.

1. Data security: resiliency. “The cloud infrastructure offers durability and up-time that far exceed what any hospital’s IT department could offer,” Arnette says. Because of economies of scale, large cloud service providers are able to build large redundant data centers that place a higher emphasis on backup, data resiliency and uptime for lower costs.

Cloud storage, for instance, can cost as little as 10 cents a month for “fast” storage and a penny a month for “cold” storage. “There’s a higher bar of excellence for a cloud provider,” surrounding the integrity and ease of access to data,” Arnette says.

2. Data security: privacy. Is cloud data less secure? “The levels of security are much higher than what you see in a local IT department,” says Arnette. Security in a hospital’s server room can be as little as just keeping the door locked; when data is in the cloud, however, “it forces you to put all of your security in the application layer,” says Arnette. Data on the server is “an encrypted blob of bits,” that even the cloud provider has no access to. Cloud providers also rely on their economies of scale to maintain systems that attest to privacy standards such as PCI (credit card industry), HIPAA (healthcare industry) and FISMA, the Federal Information Security Management Act, which has more than 400 controls that need to be audited.

3. Speed of innovation. For reasons partly discussed above, cloud-based services can upgrade and improve their services rapidly, cheaply, and with minimal or no interruption to service. Arnette gives the example of Amazon’s S3 cloud service: “In the ﬁrst ﬁve years there were ten price drops and 50 new major features. In the last year there were ten price drops and 75 new features.” Traditionally, a healthcare provider would see hassles in installing and implementing new software, rather than simply having to update to a new major release every two or so years. “The cloud is all about rapid innovation,” says Arnette. Allowing the cloud provider to continually improve the data and computing power frees up the local IT staff for “value-added tasks,” such as infrastructure maintenance and administration.

4. Mobile applications. “Every great mobile app is backed up by some cloud infrastructure,” says Arnette. The two trends of cloud computing and mobile health are inextricably linked: “All behind the scenes is the workhorse that powers the app. Mobile uses a lot of backend cloud services.” By storing all of its data and computing power in the cloud, a healthcare provider enables staff to have access to information anywhere it wants to make it available. For large institutions, or partnered organizations, that data may be needed in two places at once and can be synchronized and shared in real time.

5. Developing trends. Along with all the ways cloud computing can integrate in to existing uses, it seeks to replace more uses and empower more people and systems. It makes sense to transition to cloud based services, says Arnette, because they “enable doing similar kinds of things for less money on a bigger scale. They remove inefﬁciencies in IT.” Another strength that cloud services provide is their ease of access. Cloud service providers have been “good about pushing open formats instead of closed formats,” Arnette says, meaning that the structures and ﬁle systems employed are open and easily adaptable to. This makes adopting a cloud system as a replacement for a localized one much easier, more efﬁcient and cheaper.