To Understand Just How Much The Cloud Will Change The World, Look At Toyota

Spend a few minutes talking to Zack Hicks, Toyota’s top technology executive in North America, and you’ll walk away with a startling revelation: Cloud computing is changing everything about our world from how we work to how we manage our health.

Hicks, the chief information officer for Toyota’s U.S. arm, says that the automaker’s adoption of cloud technology—Internet-based computing, served up through websites and apps—has freed up his staff to work on more meaningful projects. 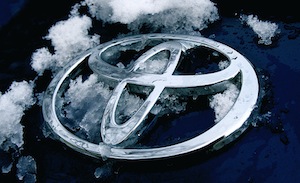 And those are really life-changing things, like apps that can monitor your vital signs.

Last month, Hicks freed up more of his team from desktop-support drudgery when Toyota signed a massive deal with Microsoft Office 365, its cloud alternative to Exchange email and Microsoft Office desktop software. The deal took more than two years, but in the end Toyota is ditching IBM’s Lotus Notes and putting its entire worldwide workforce of 200,000 employees on Office 365.

Why? Because if “I’m screwing around worrying about what version of mail I’m on, it’s wasted effort. It’s a lost opportunity … to do something more meaningful for our customers or our business,” explains Hicks.

To that end, Toyota is shedding a lot of other enterprise software and using all kinds of new cloud apps:

“We have some awesome tech coming out in our vehicles,” Hicks says. The cloud has turned cars into the next big “connected platform,” as Hicks puts it—another way besides PCs, smartphones, and tablets to access Internet-based services.

All this because the company no longer makes its IT people manage email.

“It’s cool that our team is part of that and we’re not in the back office anymore,” he says.

Here’s an edited transcript of the conversation.

Before signing with Microsoft, did you look at Google Apps?

We started this about two and half years ago. We worked with Google and they were a cool partner but they weren’t structured to support a corporation of our size and go through the request-for-proposal process that’s required of a company of our size. I think they’ve matured since then. But they weren’t ready to deal with us and ultimately they backed out.

What are you doing with Microsoft Azure?

Microsoft’s Azure cloud is what we’re leveraging to communicate to our vehicles. The car is essentially a connected device. So today, in some of our Lexus vehicles you can customize your startup screen on your dashboard. You can check in with Facebook when you go to a different location. You can buy tickets for a movie or make a restaurant reservation right from your navigation screen.

We’ve got a hybrid vehicle where we’re working on a game. You see how many miles you drove to earn eco-points. The more eco-points you get, the more trees and flowers grow on your app.

Your IT people are the ones working on these new car apps?

Absolutely. That’s the opportunity for me. These are the same providers in this new space, a Cisco or a Microsoft. IT has been doing business with them for years. They are new for our traditional engineers and we in IT can bridge that gap. But if I’m screwing around doing a mail upgrade and not working with our vehicle designers, then I’m missing out on that opportunity.

We have some awesome tech coming out in our vehicles. It’s cool that our team is part of that and we’re not in the back office anymore.

Of all the clouds you could have picked, why Azure?

The great thing about Microsoft is that they’ve learned their security lessons the hard way and they’ve gotten really good at security. Security around the vehicle is No. 1.

No. 2 is that you’ve got to have a partner that’s big enough to scale globally.

You have to find a partner that’s willing to partner with us in a meaningful way. We’re stepping into uncharted territory. You have to worry about who’s going to own vehicle data. and that it’s the customer’s data. Its not the vendor’s data. That’s a privacy concern for us.

Microsoft doesn’t have a great reputation for being easy to work with. How did you deal with that?

I think Windows Vista might have been a humbling experience for them. I find them to be very open, very eager. The competition has heated up with Microsoft in the market. I find a better level of cooperation than I get with other vendors.

For instance, Apple is everyone’s darling but everyone is knocking on their door. So while there’s great partnership opportunities and capabilities, how much are they willing to invest with their partners? They don’t have to today. So it’s a matter of who can really scale and who can work with large corporate enterprises.