This year in cloud: Amazon-almost-all-the-time and the other 5 top stories of 2012

Last year, AWS saw big success and big snafus; Superstorm Sandy prompted worry about data center location; legacy IT giants bought their way into SaaS; VMware regroups; the OpenStack crowd got their clouds off the ground; and Europe starts to buy into cloud.

Instead of the usual look back at the top cloud stories of the week, here’s my list of the top cloud computing-related threads of 2012, all of which will continue to play out over the next year. 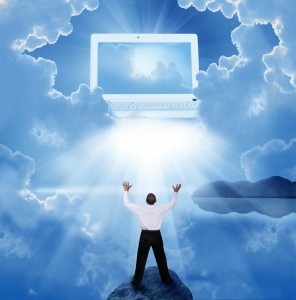 Make that three words: Amazon Web Services. AWS dominated discussion around public cloud computing last year and spent it churning out more services from DynamoDB NoSQL database to Glacier data archiving.  And it kept breaking its own record for number of objects stored in its bread-and-butter S3 storage service.

But, with great power comes great responsibility and a huge amount of attention. So every time AWS stumbled, we heard about it. There were several issues at Amazon’s US-East data center over the year that brought down AWS clients including Netflix, Heroku, Reddit and others. So while CIOs love the idea of saving money by using inexpensive AWS services, none of them want to be “that CIO” who presided over a major outage because of an AWS problem.  To be fair, company data centers have problems all the time — we just don’t hear about them much, if at all.

That fear, uncertainty and doubt around whether AWS really is ready for mission critical work will give companies a reason to look at other cloud options — from Rackspace, from Verizon’s Terremark unit, CenturyLink-Savvis, Hewlett-Packard, IBM, Joyent,  SoftLayer or somebody else.

The chart below shows Amazon Inc.’s “other” revenue — which includes AWS — since AWS launched in 2006. From this, you can extrapolate that AWS is now a $2.2 billion-a-year business. How profitable it is remains an open question but it’s clear that Amazon CEO Jeff Bezos is always ready to sacrifice margin for volume business. And that has to worry the legacy IT incumbents.

After two 100-year storms in two years on the East Coast, any company with data centers in Manhattan, coastal New Jersey, or any low-lying part of the tri-state area, must be wondering what they’ll do about future data centers. A New York-based banking exec told me after Superstorm Sandy that his company’s post-9/11 decision to put data centers away from Manhattan but near a New Jersey swamp is looking sketchy now. He spoke on the condition of anonymity and hastened to add that neither data center failed during the storm.

It’s true that New York’s financial services hub needs some data centers close to the action for latency reasons. But just what percentage of those workloads really demand millisecond or sub-millisecond response times? That’s a question data center expert Mark Thiele thinks people should ask. (Full disclosure: Thiele is executive VP of data center tech at Switch, which operates the SuperNAP data center in land-locked Las Vegas.) ”It might be interesting to determine what type of infrastructure is really needed for those really low-latency jobs and how much can be offloaded to ‘safe ground’ data centers,” he said.

But just where is safe ground could be tough to determine, says Chris Perretta, CIO and EVP of State Street. ”In the Midwest you get tornadoes, on the coast you get surge, in Florida you get hurricanes, in the west you get wild fires, in California you get earthquakes,” he said.

Still, it’ll be interesting to watch new data center development in the financial services arena. In October, Fidelity Investments said it was putting a $200 million facility in Omaha, Neb., citing tax breaks and other incentives. No mention was made of climate change worry, but IT execs at these companies have to be thinking long and hard about putting any new facility near a storm surge area in the wake of Irene and Sandy.

VMware, which is trying to parlay its server virtualization dominance to similar heft in the data centers powering cloud, has a tough road ahead. It’s still recovering from a licensing change announced in 2011 that raised prices — and ire —  in many VMware shops. While Pat Gelsinger’s first official public act as VMware CEO last August was to repeal the reviled “memory tax,” customers are still talking about it. Give VMware credit for reversing itself but that decision caused many staunch VMware shops to take a look at Microsoft Hyper-V, Xen or KVM virtualization as alternatives to VMware’s ESX hypervisor. That was a dangerous door to open.

VMware’s decision to spin off its Cloud Foundry PaaS, Springsource Java framework, and Gemstone data caching technology to a new entity — along with EMC’s Pivotal Labs’ agile development capability and Ceta analytics — was geared to help VMware focus on its new software-defined data center push. The company seems to get now that it has to work better with third-party virtualization technologies — as evidenced by its buy of DynamicOps. And its decision to join the OpenStack effort, signals that it wants to work with other cloud providers — or at least appear to do so.

All of the big boys of enterprise IT — IBM, Oracle, HP, Microsoft, et al.– are struggling to move from traditional software licensing and packaged software delivery to a cloud model of subscription software and services. Here,  Amazon, Salesforce.com and — yes — Google have disrupted the traditional model of buying big expensive chunks of on-premises software up front and then renewing those licenses every year or so. Salesforce.com forced all these companies to take stock of their model and sparked a buying spree by Oracle, SAP and IBM to snap up SaaS companies.

Joe Coyle, CTO of Capgemini, the big systems integrator, said the reluctance of these big players to make their licensing cloud friendly is their single biggest challenge going forward. “If you look out over the next year, if Oracle, SAP and these guys don’t get their licenses fixed, they’re in for a heap of trouble,” he said. right now if a customer wants to run an Oracle or SAP application on AWS public cloud, the licensing costs make those options uncompetitive with what else is available, he said.

Now, Google, which many had discounted as a force in enterprise software, is getting traction for Google Apps, which more businesses see as a good-enough and cheaper alternative to Microsoft Office. And, Google appears serious about entering the Infrastructure-as-a-Service race against Amazon with Google Compute Engine, announced in June.

By most accounts, Europe has been slower to adopt cloud computing than North America. There are many reasons for this. First, the economy there is even more fragile than in the U.S. And the market is actually a set of markets and is much more fragmented – by language, by culture, by currency (not all of Europe is in the Euro Zone) — than North America. But the European Commission is trying to push the cloud agenda, spur spending on cloud infrastructure to reap what it sees as a huge opportunity to save money and to build new businesses. A lot of eyes — on both sides of the Atlantic — will be trained on this developing situation in 2013.

OpenStack appeared to hit its stride this year with nearly every company — except Microsoft and Amazon — clamoring aboard the open-source cloud effort incubated nearly four years ago by NASA and Rackspace. In 2012, Rackspace, HP, and others made their OpenStack-based clouds available. But OpenStack doesn’t have the open-source cloud mantra entirely to itself: Citrix  turned over CloudStack to the Apache Foundation as an alternative to OpenStack. Eucalyptus and OpenNebula are already out there. So 2013 will be the year to start measuring momentum among these alternatives and to assess whether there’s room for all of them.