The Year of the Cloud: Cloud Computing Goes Mainstream

Take a quick listen to the many conversations that have been taking place in the computing world over the past year and you’ll likely notice one term being thrown about fairly often: cloud computing. 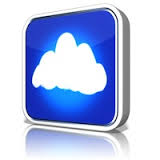 This new form of computer networking is fraught with possibilities that would completely transform the idea of computing, whether in the home or in the workplace.

Even as more of us are becoming acquainted with the idea of the cloud, many of us are still woefully ignorant of what the term actually means. For example, a survey by cloud software developer Citrix Systems showed that 54 percent of respondents did not believe that they used cloud-based computing, even though 95 percent of them actually did. Almost as many respondents confused the cloud metaphor, believing that stormy weather could actually interfere with cloud systems.

Cloud computing is set to take a much more prominent role in our technologically savvy society. Providing advanced computing applications through networking channels severely reduces the IT needs of homes and businesses who want to use more powerful software programs without installing them on a client computer. With more than $131 billion in economic activity for the cloud computing sector in 2013, more business infrastructure and software services should be taking to the cloud than ever before.

Entire corporations have begun to narrow their focus on cloud computing. IBM has been developing cloud-based solutions for business needs for a few years now, and Google’s cloud options for Internet users include online file storage and document creation. It is against this backdrop that we want to take a quick look back at 2013 and celebrate what some could call the Year of the Cloud, during which the concept began to truly enter the mainstream consciousness.

Many of the more intriguing issued patents and patent applications published by the U.S. Patent & Trademark Office come from the latter half of the year and involve better systems of communicating between cloud-based applications, improvements to managing cloud network resources and increased access to applications meant for either single users or large businesses. Of course, just because cloud computing has gone more mainstream only recently that doesn’t mean innovation hasn’t been occurring for some time. So we can expect to see more and more interesting cloud computing related innovations moving forward.

Cloud computing is changing the way that we interact with computers at the most basic and fundamental levels. For example, where computer users once prized desktops with powerful processors and the ability to store large stores of data locally, cloud servers are allowing individuals to connect with software through the Internet. The result is that computing devices are changing from heavy-duty business tools to portals through which users can access software tools.

This patent was awarded by the USPTO to Google Inc. of Mountain View, CA, on the very last day of 2013. This patent protects a system by which a cloud server can store files created on cloud applications by users. The server implements security measures when a user tries to retrieve a file stored on the cloud, such as asking for the user to submit a password for the account. Other server challenges could include the client computer sending a portion of the file being requested to prove that the user has accessed it prior to this instance.

Google has been positioning itself as a giant in the cloud computing technology world in recent months. Although a somewhat lengthy Claim 1 narrows the scope of this issued patent slightly, Google’s ability to protect this kind of file storage system alone makes it a formidable figure in this technology sector.

Cloud computing is well-suited for providing access to many users for various online tools and programs. For example, accessing e-mail or search engines through the cloud is very helpful as cloud networking enables on-demand access to a shared pool of resources, meaning many people can access e-mail or enter search queries without interfering with each other.

In late November of 2013, the Microsoft Corporation of Redmond, WA, was issued a patent by the USPTO for the protection of a networking system that expanded upon user access to cloud applications. In some instances, it’s beneficial for users to access large software suites, such as computer-aided design (CAD) programs, without having to install incredibly large software files on their computer. This system allows for cloud access to these types of applications as if they were designed as multi-user applications.

As cloud-based applications grow in complexity, software providers are able to offer incredibly diverse suites of applications. Network data centers are now capable of hosting enterprise software for businesses on cloud-based computing networks. To create a composite service through a web application, however, better methods of communication between backend and end user services need to be devised.

This patent, issued to Google Inc. by the USPTO, gives an idea of the diversity of services which bringing applications to the cloud can provide to consumers. By provisioning resources on a networked server that many users can access through a client without many computing resources, a wide spectrum of functions can be made available. For instance, a user can obtain real goods and services through a cloud application instead of just software tools for photo editing and document creation.

This patent was issued in September 2013 to protect a system by which users could obtain the services of a robotic device that was leased through a cloud-based application. The robotic device, which contains any number of sensors and actuators, can receive task-based instructions from consumers through the application. These task-based instructions seem to be limited only by the functionality of the robotic device itself. The system described in this patent also provides for payment methods for consumers accessing the robotic service.

Once again, we’re seeing a lengthy Claim 1 section that may consequently reduce the value of this individual patent. However, this innovation is quite telling as far as Google’s future cloud goals are. Maybe this could be developed into easier systems of rentals for cars or other equipment, or perhaps Google sees robotic support systems permeating our existence in the near future. Only time will tell.

Delivery Controller Between Cloud and Enterprise

The future of cloud computing will likely bring wider use within the business and corporate worlds. Keeping large enterprise software programs and extensive databases on cloud networks greatly reduces the costs required for IT infrastructure. Even in these cloud environments, there are still instances where some data is stored in the enterprise environment that must be transmitted to the cloud, and conversely some times where the cloud will send back data that affects previously stored information.

The Microsoft Corporation filed this patent application with the USPTO in December 2013 to protect a system that aids in the cost-effective transfer of data between enterprise and cloud environments. The system is able to choose whether to transfer data over dedicated channels providing higher security or non-dedicated channels like the Internet. These decisions over data transfer can be influenced by setting parameters related to sensitivity of the information, financial constraints, networking resource management and more.

Compared to some of the other patents we’ve noted above, this patent application currently employs a very concise Claim 1 section. Should the language remain as short and to the point, this could prove to be a fairly valuable patent if awarded to Microsoft.

This patent application, filed by International Business Machines of Armonk, NY, highlights one of the major recent focuses in cloud computing: scalability. Limitations on cloud-based networking systems include the network server’s capability to handle requests from many thousands of users at any given moment. This limitation is evidenced in the latency experienced in a content management system (CMS), which is designed to provide access to various forms of data content to a wide range of users.

IBM is seeking to protect a system that would provide for more efficient responses to requests for CMS services by users accessing across a cloud network. In order to respond to a high volume of requests, the CMS application can replicate itself any number of times within a cloud environment. This helps prevent against bottlenecking of server resources caused by a multitude of user requests on a central network server.

Method and Apparatus for Remotely Communicating Vehicle Information to the Cloud

The ability to interface various hardware components through cloud-based software applications may help direct even more pertinent information than ever before to individuals. Not everyone who interacts with computers or electronic appliances is an expert in diagnosing those systems for operational problems. However, cloud applications could be capable of sending diagnostic messages to users if they received data about any functional issues within an electrical system or component.

This patent application, filed by Aeris Communications Inc. of San Jose, CA, with the USPTO in October 2013, aims to provide this kind of diagnostic service for vehicles. The system described in the application would utilize the communication interface protocols that exist within the On Board Diagnostics-II (OBD-II) standard used within vehicles since 1996. The system would be able to transmit diagnostic information from the OBD-II system to computer applications, which users could access to determine whether a vehicle is running well or not. This data could be accessed through various channels, such as through the Internet or a smartphone application.

There is a lot of value to keeping application resources on a cloud-based server, including the inherent efficiencies in maintaining only one application instead of many hundreds of programs on end-user clients. This can also make integration with other, similar programs much less cumbersome. Instead of installing add-ons for client-side software programs, a program from a central cloud server can communicate much more easily with other cloud applications.