The week in cloud: So much for a million clouds; AWS chief takes on private clouds

There’s a paradox in the cloud vendor community. All the players agree there is tons of demand for cloud and cloud services — at least for their cloud and theircloud services. The future is bright, the upside enormous.  But when pressed, many also say that we’re due for lots of consolidation — that there really isn’t market demand for umpteen different cloud flavors and the vendors that sell them. In short demand is great for my cloud, but not nearly enough for all these other guys’ clouds. 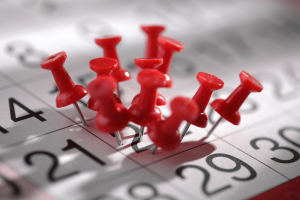 Last week’s news that Xeround is shutting its doors sparked this talk anew. Xeround gave users of its free database service just over a week to vacate the premises and paying customers two weeks. There have been other examples of cloud services shutting down.

One cloud watcher who requested anonymity because he works with many of these services said many companies who “tried to do free have gotten their heads handed to them. And other cloud services companies are consolidating the number of cloud infrastructures they support because “API bloat has gotten horrific.”
So what goes on here? The gist is we are really early in the cloud business and there will be a ton of work. But is there enough work for 90 different OpenStack players plus CloudStack plus Eucalyptus along with Amazon? Or 50 cloud database providers or Platform-as-a-Service providers? Um, not so sure.

In an interview at the OpenStack Summit last month, OpenStack executive director Jonathan Bryce applied his own paradox when asked if he expected there to be more or fewer OpenStack players going forward. “The answer is both. Over time you’ll see a greater variety of vertically oriented flavors of OpenStack — versions built for highly secure, highly regulated workloads but you’ll also see a number of general-purpose versions that will solidify.” Solidify. Hmm.

At the summit, HP cloud master Saar Gillai said he expects consolidation. OpenStack is much more complex than Linux — it includes complicated networking and storage as well as compute aspects. Building and testing all that takes money and if a company cannot make money off its work, it won’t be in the business long.

Given all that would-be cloud deployers really need to assess the risks — and mitigate them going in, as Derrick Harris wrote Friday.

When is a cloud not a cloud?

Amazon, the dominant public cloud company, is sick of the hype around private clouds. All too often these private implementations do not offer the true benefits of a public cloud, at least according to Andrew Jassy, SVP of Amazon Web Services.

At Amazon’s Global Summit Series event in San Francisco last week,  Jassy slammed private cloud purveyors for selling what is not, in actuality, a cloud at all. Citing a survey by Forrester Research, just 24 percent of companies surveyed had self-service provisioning; 14 percent could charge back costs to their departments; and 27 percent had built resource automation, according to Nancy Gohring over at ITWorld.

Covering the same event, The Wall Street Journal quoted other Forrester numbers however. These hold that nearly one-third (31 percent) of companies in North America and Europe have deployed private clouds with another 17 percent planning go do so by next year. On the other hand, just 10 percent say they have adopted public cloud with another 7 percent saying they plan to do so. No wonder AWS is so grumpy especially given the emphasis it’s put on winning over enterprise workloads that go beyond test-and-dev and that it will face more public cloud competition — from HP, from VMware, from Pivotal, from IBM( s ibm), going forward.

It was interesting that, at the same event, AWS trotted out Nokia to talk about moving its analytics over to AWS’ RedShift, given Nokia’s tight relationship with Microsoft in the mobile phone arena. In mid-April Microsoft made its Azure IaaS, which competes with AWS, broadly available. One might think Microsoft would really, really want companies like Nokia to use Azure.

Oh, and by the way, last week Microsoft said its cloud business reaped $1 billion in sales over the past 12 months, a figure that raised many eyebrows. The cloud number includes Azure but also software deployed at sites run by partners — partners like Rackspace and Amazon. We live in a complicated world.