The State of Cloud Computing Around the World: South Africa

Africa, despite being home to billions of people who don’t even own a computer, much less an internet connection, may ironically be one of the places that will benefit dramatically from cloud computing.

While Africa is no stranger to IT, the concept of cloud computing may be challenging to implement in the continent, as proven by the number of companies who have attempted to run their data centers in the region, only to realize that it’s very expensive and frustrating as it’s usually much cheaper to use a co-location facility in order to connect back to an overseas data center, than to directly connect with a customer a few miles away, and where the electrical grid has the nasty habit of being unavailable for hour or even days at a time. 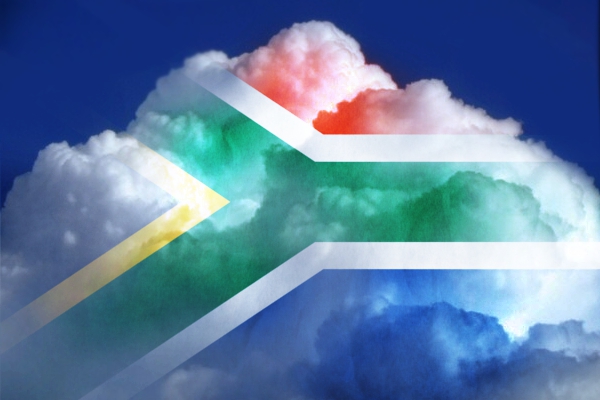 However, it is those same hurdles that actually make Africa a fertile ground for cloud computing, because it paves the way for mobile applications on the cloud. According to data from the World Bank, while only an estimated 140 million out of one billion people on the continent use the Internet, there are 600 million mobile phone users.

Key Problems that Need to Be Addressed

As stated above, there are a few hurdles that need to be addressed before cloud computing becomes viable in Africa. First is the availability of broadband internet, which has been a problem for businesses who wish to set up shop in Africa. Fortunately, Africa is receptive to progress, and bandwidth in their country is showing dramatic improvements over the past few years.

More than 10 years ago to this day, most of the continent’s access to the Internet came from satellite based uplinks (with some of the infrastructure sponsored by a USAID project in the late 90s) and analog telecommunication solutions. It was only in 2001, when the South Atlantic 3/West Africa Submarine Cable went live that much of western Africa was given access to reliable digital connection. However, the cost of connections over the cable was high – with an E1 connection costing $300,000 a month. The ridiculously high pricing discouraged actual use of the internet in Africa then, for both residential and business use.

Fortunately, improvements were underway, with several more undersea cable networks to he continent going live in 2009, increasing South Africa’s national bandwidth to 8 terabits per second, which had the effect of lowering bandwidth costs in the region.

Besides broadband issues, potential cloud service providers in Africa need to face another important problem: the power grid. While South Africa is already enjoying first world utilities in many aspects, electrical service is not one of them. The incumbent power provider is not very reliable, resulting in frequent outages. Besides being unreliable, there’s also a lack of electrical capacity – there’s simply not enough power being generated to sustain large companies with server farms. This very serious infrastructure problem scares away companies from building data centers in Africa.

Ironically, it is Africa’s shortcomings in wired infrastructure that made the region a good place for cloud adoption. One of the key results of the lack of decent and affordable wired services is that people have instead adopted mobile application services. In some cases, mobile applications of certain types have usage statistics that dwarf even the US’s. An example is Safaricom’s M-PESA mobile payment system, which provides a way for customers to transfer money to each other through mobile phones. The service has worked so well that they have virtually replaced cash transactions in Kenya, with Safaricom signing up eigh million customers for the service just last year – which is over 40 percent of Kenya’s adult population. Even majority of banks in the country have signed on to M-PESA.

M-PESA’s success led other companies to follow suit and develop mobile applications, such as medAfrica’s Health Platform, which has been developed by Shimba into a mobile one.

Compared to wired internet, the deployment of mobile bandwidth in Africa is significantly easier, both from a financial and cultural perspective. A recent World Bank study even revealed that 97 percent of Africa’s population can be covered by mobile without the need for any government subsidy.

Even Africa’s problem with electricity is solved by mobile devices, as mobile devices tend to be rechargeable and don’t need to be connected to an outlet all the time. In fact, even areas where there are no electric grid have mobile users, since recharging can be done via generators and solar cells.

Africa’s Role in the Cloud Industry

Despite the birth pains that cloud is going to encounter in Africa, the mobile-centric nature of Africa’s future, and the same issues that make it hard for them to adopt cloud computing are the same ones that make the region a very important part for the future of the cloud.

For starters, Africa will be the continent that will show the industry that the true path to the cloud is not only independent of the PC, but of the Web as well. The key difference with mobile users in Africa and those in more developed countries is that while the latter use their mobile devices to access Web content, the former tend to stay off the Web and stick to content within apps, without even realizing that they’re web based as well. This could bode well for a lot of cloud apps that are being marketed as “apps” for mobile devices instead of web-based interfaces.

The main takeaway from Africa’s cloud computing industry is that one of the key drivers of success is a company’s ability to pay attention to the needs of users on a local level. You need to offer services that are relevant to the target audience – in culture, needs, and financial capabilities. This is a lesson that the West needs to learn right now, instead of assuming that cloud computing applications are a universal service that doesn’t need to be tailored specifically on a user-per-user basis.