The Real Secret to Digital Marketing

Online marketing is full of fast-moving fads and shiny new technologies. So it would be easy – if your job were to organize three major digital marketing conferences a year, like Allen Bonde does – to chase after the elusive “new new thing.” But Bonde prefers to balance cutting-edge content with a recognition that “things are changing in a lot of ways – but not changing as fast people think.” 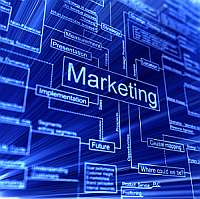 To make his conference, the Inbound Marketing Summit, relevant to a broad range of marketers, he believes it’s important to meet companies where they actually are.  “Even some big brands or large corporate organizations, you’d think they’d be embracing new tools, but you can’t discount inertia and risk,” he says. It’s important to recognize that social media and inbound marketing are still an “early majority movement,” he says. “There are billions of people on social networks, but that doesn’t mean that organizationally, companies have embraced this in its entirety.” (Full disclosure: I’ll be speaking at the next Inbound Marketing Summit, scheduled for October 23-24 in Boston.)

So what are Bonde’s key insights about how to succeed at online marketing today – and reach both tech-savvy early adopters and newbies?

Email isn’t dead. When social media first emerged, says Bonde, many expected that “email would diminish in importance and go away. But a strong theme over the last couple of events is email is more essential than ever; it’s an amplifier for social. It’s almost like the community has voted: don’t forget about email, because it’s a delivery mechanism for the rich content you’re creating.”

Embrace “content snacks.” Keep your messages short and simple, says Bonde: “People don’t want to read a book or a long article; they want bite-sized pieces.” Inspired by the rise of infographics, The Pulse Network – the company where Bonde serves as CMO – developed a series of what he calls “video infographics – snappy and made for sharing.” (Here’s a video I created with The Pulse on “Digital Marketing in the Political Arena.”)

Everything is integrated. In planning conference sessions, Bonde originally thought about organizing “channel-based” tracks – one on mobile, one on email, one on social. But he quickly realized that wasn’t viable. “Those tools need to be working together,” he says. “You can’t say, ‘I’m not interested in social,’ or ‘I’m not interested in mobile.’ It’s almost a given you have to be interested in everything; it’s not either/or, but how much of each.”

Content is currency. The premise of the Inbound Marketing Summit (and inbound marketing in general) is the importance of creating great content to draw potential customers to you. “We believe content attracts business, and allows you to engage productively with other people,” says Bonde. That means developing interesting blog posts, recording podcasts, writing reviews, and the like – but Bonde also suggests the importance of leveraging your impact through sharing the work of others. “Curation is a multiplier,” he says. “For every piece of content you create, how many should you be curating?” That means retweeting or sharing others’ material, but also entering into creative distribution or syndication deals, for instance.

The magic of inbound marketing and a smart digital perspective, says Bonde, is that “traditionally, the discipline of advertising was based on trading dollars for an audience.” But now, using these strategies, you can build a following based on top-notch content. The new thinking, says Bonde, is “I’m going to trade a cool white paper, or an event, so I can meet people I don’t know yet” and cultivate a relationship – and eventually, more business.