The Payments Challenge for Mobile Carriers

Every cellphone operator is looking for ways to persuade customers to use their smartphones to buy goods online. 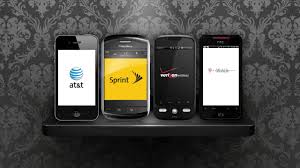 From Isis, a joint venture of AT&T, Verizon and T-Mobile, to Weve, a similar venture of the British carriers Vodafone, O2 and EE, cellphone carriers are pushing hard into mobile payments.

And with good reason.

Worldwide payments made through cellphones are expected to rise 38 percent this year, to $325 billion, compared to 2012, according to the research firm Gartner.

Yet while operators in emerging markets have tapped into consumer demand for mobile financial services, Western carriers have faced growing obstacles.

An annual event that showcases the latest devices, accessories and trends in the mobile industry.

In part, American and European consumers have balked at efforts by some telecommunications companies that have made mobile payments cumbersome and complicated to use.

Analysts say that many of the products, such as those that allow money to be sent between mobile phones, do not offer anything new, since existing services — like online banking — already provide people with what they need.

A number of financial start-ups like Square, the payments company whose founders include Jack Dorsey of Twitter, also have sprouted up to offer ways for consumers and retailers to make transactions with mobile devices. That has raised questions of whether these nimbler tech companies could quickly outflank carriers, which have invested heavily to jump-start their mobile payments operations.

Many view the rise of WhatsApp, the Internet messaging application, as a cautionary tale.

The question now is whether telecom companies could face similar problems in the mobile payments industry.

“Innovation isn’t part of their DNA,” said Jacob de Geer, founder of the Swedish start-up iZettle, which offers a payments service in Europe and Latin America similar to that of Square. “Banks and carriers have focused on creating solutions for problems that don’t exist.”

For some industry watchers, carriers have yet to convince Western consumers that mobile payments offer an improvement over the likes of credit cards and Internet banking.

That contrasts with developing economies, where many people have limited access to financial services. With few established banking alternatives, cellphone operators have more scope to expand their services into mobile payments, compared to their Western counterparts.

“I don’t see a big shift in the behavior of European consumers,” said Jo Lunder, chief executive of Vimpelcom, the world’s sixth-largest carrier based on users, which has operations in both Western markets like Canada and Italy and developing economies like Pakistan and Algeria. “But in emerging markets, parts of the population remain unbanked. You can leapfrog technologies that are currently available in the West.”

By 2016, the Asia-Pacific region is expected to have the largest mobile payments market, based on the value of transactions, according to Gartner. In total, mobile transactions from consumers in countries like China, Thailand and Malaysia are forecast to reach $165 billion by 2016, slightly ahead of Africa, where transactions are expected to top $160 billion over the same period.

In contrast, the United States will remain a distant third and Western Europe will place fourth.

To win over skeptical consumers, analysts say Western carriers must prove they have services that people actually want to use. The telecom companies also have to show that they can respond to security concerns, including fears that people’s data could be stolen through mobile transactions.

In the short term, an improvement in data networks’ speed, particularly in Europe, which has lagged behind the United States in the rollout of so-called fourth generation cellphone infrastructure, would prove to customers that mobile transactions can be straightforward.

“As we get greater connectivity, payments will become embedded in our devices,” said Ed McLaughlin, MasterCard’s chief emerging payments officer. “Consumers just want payments systems that work all together.”