Facebook announced that it had hit a billion active accounts Thursday; an extraordinary milestone, celebrated with a rather odd ad.

But that number, like that ad, is a sideshow. Another extraordinary stat got overlooked, and this is one that really gives you the scale of what the social network is building. 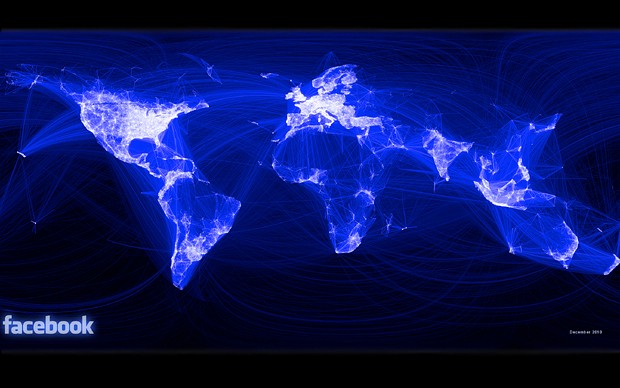 As you can see from the infographic based on Facebook’s internal data at the bottom of this article, 140.3 billion is the total friendships on Facebook. If you keep track of one thing about the company, make it this, not the user number or fluctuating stock price.

On average, then, we have 140.3 friendships each. That’s pretty cool in itself, because it’s very close to Dunbar’s Number (148) — roughly the number of simultaneous friendships we can hold in our brain, a number that keeps cropping up again and again in human organizations (familiar to anyone who read Malcolm Gladwell’s seminal The Tipping Point).

What does that mean? That Facebook is for real. That “active users” really are active when it comes to bringing friends online. The network has matured into a thriving marketplace of friends, one where we self-organize into the same kind of tribal groups etched into our evolutionary history.

That time-tested structure is what we’re programmed to look for, essentially. Meanwhile, information on what we do when we’re in those groups is exactly the pot of gold marketers have been looking for all these years, if not necessarily advertisers (or, at the moment, shareholders). Capital is fundamentally interested; we’re fundamentally addicted.

By the way, that number just might suggest trouble for Facebook rival Path. Path’s differentiating feature is that it limits you to just 150 friends (founder Dave Morin is a big fan of Dunbar’s Number).

But if Facebookers are effectively doing the same thing, on a planetary scale, what makes Path worth the switch? (Morin’s network currently has about 2 million users.)

Now Facebook has made a number of knuckle-brained, head-scratching moves in the last year — the most egregious example coming this week, when it started allowing users to promote posts to each other at $7 a shot.

But its community, us, our tribes, are incredibly good at self-regulating. We generally ignore options or features that are likely to attract disapproval from friends. That, I think, will be the fate of the personal promoted post feature: those who use it will become social media pariahs, unless there’s a very good reason they don’t want you to miss something (say the birth of a child.)

Try as it might to throw every feature it can imagine at our Walls (sorry, ‘Timelines’) and hope that they stick, Facebook hasn’t yet got in the way of the essential addictive joy of scrolling down our News Feed, catching up with the tribe, clicking on things they like, lighting up some ancient and familiar reward centers deep in our brains.

It’s a virtual planetwide party, and pretty much all our friends showed up. Nothing shows that better than the iconic image from the end of 2010, shown above: all of Facebook’s connections on a single map, looking like a kind of self-wiring global brain.

Facebook had just 500 million users back then, half its current strength. Just imagine how bright blue and brain-like the map would be now. Imagine where it’ll be in a year, as more and more partygoers show up.

This thing has its own momentum now, and not even Mark Zuckerberg knows how much of the planet it can unite on a single platform before it’s done. But for those of us keeping score, let’s remember one essential medical fact: the health of a living brain is measured not in neurons, but in how many connections those neurons have made.