The Key to Success in Cloud Computing? Good Plumbing

But they also need to make sure the trains run on time.

Operational competitiveness is the new dividing line between the success stories and also-rans in cloud computing and Internet services, said Jim Zemlin, executive director of the Linux Foundation during a panel discussion at the Big Science conference that took place in San Jose this week. Companies offering cloud services have to have a good idea, in other words, but it is more important that they make sure their system doesn’t crash, annoy users or leak data like a sieve. 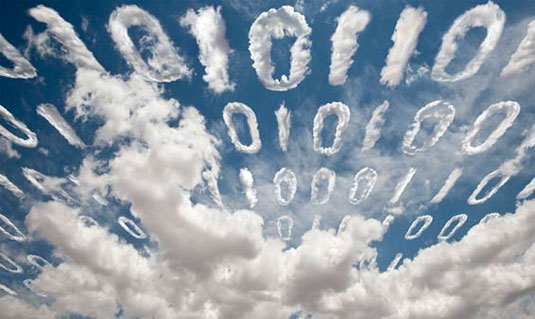 “The barrier to entry is low but getting to scale is a new bar into the game of success,” he said. “A new bar of success is operational excellence.”

Allan Leinwand, CTO of platform development at ServiceNow and a Zynga alum, generally agreed. Zynga, for instance, started out by hosting its own games. The company then quickly found itself overwhelmed: it couldn’t order servers from Dell fast enough and plug them in to keep up with traffic. As a result, it shifted over to Amazon Cloud Services.

But then, it faced another problem. Amazon, like other generic cloud services, couldn’t provide the type of service Zynga required. The online gaming company moved operations back inside while keeping Amazon as a way to relieve pressure.

“A public cloud is like a four-door sedan,” Leinwand said. “You come to a point where you need a specialized cloud.”

Both Leinwand and Zemlin noted that the pursuit of better operations has cropped up in recruiting too. If you’re conversant in the fundamentals of network architectures or storage systems, you’re a far more attractive candidate.

It’s a compelling observation and in some ways revives the oldest debates in Silicon Valley: is hardware or software more important? Software, code proponents argue, is obviously more important. Hardware is essentially free. Cell phone carriers give away cell phones to land service contracts. Google now produces cheap laptops in conjunction with Samsung to lock customers into their services.

Laptops might be cheap, hardware adherents argue, but data centers aren’t. Hardware architecture, or the lack of it, has played a key role in the rise and fall of many companies. Friendster failed because of operational weakness, said Zemlin. Facebook, by contrast, has obsessively fine-tuned its back-end operations to eliminate latency, speed searches and reduce power.

Then there is the cautionary tale of Direct Hit. Don’t remember them? Back in 1998, Direct Hit was the next big name in search. It landed VC funding from Draper, Fisher Jurvetson and others and was growing like mad.

So what happened? The company based its infrastructure for his company around Sun servers. “We spent our entire hardware budget for the year, and we quickly reached its limits,” former CEO Gary Culliss told me once. Google built its infrastructure around x86 servers and could continue to expand.

How the battle over operational excellence plays out in the industry should make for interesting viewing. For one thing, it gives a framework for observing the ongoing battle for market share in online storage services. DropBox, Google Drive and all of the other cloud storage services really offer the same thing: free or cut-rate disk space. They aren’t very different from each other: consumers would use these services far less than they do if they had the available bandwidth. Ultimately, the winners and losers will be determined less by marketing and buzz than by which service crashes less.

Amazon, which generates headlines every time its cloud crashes, is already going through the public bath of fire on these issues.

The emergence of specialized clouds may also change the mindset of investors regarding the cloud. For years, the cloud was equated with low costs. Cloud architectures do cut costs—for consumers. For cloud service providers, however, the bills could escalate in the pursuit of performance.

The cloud isn’t a puffy white thing in the ether, after all. It’s a large, tan building near a freeway exit stuffed with blinking boxes.