The journey to hybrid cloud computing

The use of public cloud platforms as a deployment option for applications is often talked about in black and white terms such as ‘do we deploy to the cloud or keep the application on-premise?’ This is misleading, as many businesses assess the suitability of public cloud only for the most appropriate use cases and often this will be for supplementary resources. 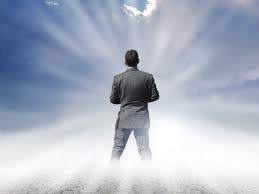 The cloud journey will take them to a pragmatic balance between the use of their own internal infrastructure, often re-purposed as private cloud, and those provisioned from public cloud service providers—this is hybrid cloud computing.

For the hybrid cloud to become a reality, workloads must be easy to move between private and public infrastructure. A pre-requisite for this to happen is the transformation of data centre provisioning. A recent Quocirca research report—In demand – the culture of online service provision—shows that this process is well underway. 85% of businesses now say they use server virtualisation and in many cases this is being used to pool resources to share them between multiple applications—in other words, IT departments are creating their own private clouds.

There are two big benefits for businesses in doing this. First, it makes the use of equipment and power in their own data centres more efficient and, second, it enables the workloads that make up their applications to be more mobile. They can be moved from one private data centre to another or beyond the data centre to make use of public cloud resources. With that flexibility in place, the businesses do not have to keep investing in new data centre facilities and IT infrastructure, to get more and more out of their applications.

In this way, the use of public cloud will often be to supplement in-house requirements. Here are some of the top hybrid cloud use cases:

Public cloud as a failover platform
Whatever the cost comparisons one comes up with for public cloud versus private cloud, one thing is certainly true; maintaining an un-used infrastructure stack for business continuity reasons in case the usual run time platforms fails is expensive and unnecessary. The same resource can be rented from a public cloud provider on the (hopefully) rare occasion it is needed. Having a public cloud provider on standby is a far more cost-effective way of having redundant infrastructure when disaster occurs.

Handling peak loads
Many organisations have times of the week, month, year or just some unpredictable event that leads to an application having a far higher workload than is normal. When this is the case, having the excess capacity required on standby internally is expensive. Far cheaper is to have an arrangement with a cloud service provider that allows new application workloads to be provisioned at will. The service providers can cope with this because they have many customers with peak loads at different times and the reallocation of resources is possible at relatively low cost.

Planning for unexpected success (or failure)
Kicking off a new venture—for example a new retail web site or new social media application—is an unpredictable business. What if it takes off far faster than expected? What if it flops? There are plenty of examples of both. So, how much do you invest in the supporting infrastructure upfront? The answer is very little if a public cloud platform is used. The risk of the new venture is far easier to justify if the capital investment is minimised and, if you hit the jackpot, the fees to the cloud service provider may seem like chicken feed compared to the new revenue being generated. Such a capability should encourage more innovation within the organisation—more ideas can be tried out as the risk and cost of failure is minimised. When the business case is proven, that may be the time to use up dedicated in-house resources.

Public cloud as an application test bed
Applications are often developed on dedicated servers, rightly isolated from run time environments. Whilst most functionality can be tested in such environments, scalability cannot. Testing new code in run time environment is risky as it may impact the current actual live application. Some might be able to do this at night, but many applications now have to operate 24*7. Public cloud platforms provide an ideal environment for such testing. Resources can be allocated to make the test environment match the live one as closely as possible and new software put through its paces.

The stage is set for a flood of workloads from private to public cloud; in most cases this will be reach equilibrium between the two. Many organisations admit they need help on this journey. In another research report published earlier this year—“The mid-market conundrum”—only about 25% of UK mid-market organisations considered they were very well prepared for the use of public cloud services. The majority wanted help with putting business continuity plans in place and to be free to focus on application flexibility rather than building platforms. To this end they saw more and more workloads moving on to third party platforms.

In many cases the platforms used will be those of the giants of cloud computing; Amazon Web Services (AWS), Rackspace, Microsoft Windows Azure, Savvis, Dimension Data and so on. However, as Quocirca’s mid-market research shows, assistance will be sought from IT service providers (ITSPs) to help on the journey. To this end, the pragmatic ITSPs, such as Attenda (the sponsor of “The Mid-market conundrum” research report), are helping their clients on the journey to hybrid cloud computing via its own M.O. (modus operandi) operations platform which enables the management, monitoring and control of hybrid deployments. This may include the clients’ own internal resources, those of the major cloud service providers and, when it makes sense, Attenda’s own infrastructure and services.

As with many journeys, the final destination to hybrid cloud is not fixed, but it is one all businesses must set out on; if they are to ensure they achieve the goal that is so important to many—innovation, agility and competitive advantage through the efficient and effective use of IT resources.