The Growing Influence of Linux in the Enterprise Cloud Computing Market

The choice of infrastructure is important for success with any cloud deployment. If your enterprise is considering a move to the cloud or has already done so, chances are a Linux server will be or has been used. In fact, Linux is a growing entity in the cloud market. An annual survey conducted by The Linux Foundation concluded that 76% of organizations queried are now using Linux servers as part of their cloud infrastructure. 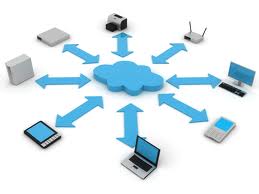 In addition, 74% of companies in the survey say they are planning to implement a cloud deployment using the platform, or plan to continue using Linux or increase its scope within the enterprise.

Over 1,200 companies were queried in the organization’s 2013 Enterprise End User Report. It is the third such annual survey conducted on the topic, and identifies a solid trend of enterprises adopting Linux as a medium for their cloud deployments. The platform has seen a 12.7% year-over-year growth during the first quarter of 2013, while server revenue overall has grown at a mere 3.1%. In addition, The Linux Foundation reports a significant increase in training program enrollment, participants in the community, and enterprise customers.

Linux has become a growing influence on the enterprise cloud computing market for several reasons.

Many cloud applications are included in the roster of compatible software, such as Red Hat JBoss Application Server and others. These make Linux perfectly suited for enterprises looking for a convenient, secure, and inexpensive cloud deployment. The growing number of businesses is proof that the operating system is the right choice. Your enterprise will most likely benefit from going in this direction if your IT team hasn’t already considered or implemented the open source, secure, and technically remarkable Linux system.