The Emergence of IT Virtualisation in Cloud Computing

IT virtualisation refers to various techniques, methods or approaches of creating a virtual hardware platform, operating system, and storage device or network resources. It is the abstraction of physical network, server, and storage resources to greatly increase the ability to utilize and scale compute power. Indeed, virtualisation has become the very technology engine behind cloud computing. 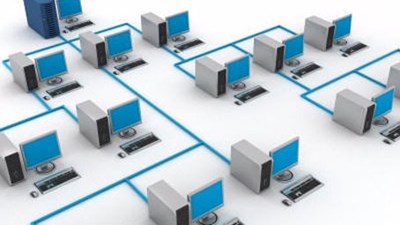 High Density Rise
While virtualisation may reduce overall power consumption in the room, virtualised servers tend to be installed and grouped in ways that create localised high-density areas that can lead to “hot spots”. This cooling challenge may come as a surprise given the dramatic decrease in power consumption that is possible due to high, realistically achievable physical server consolidation ratios of 10:1, 20:1 or even much higher. As a physical host is loaded up with more and more virtual machines, its CPU utilisation will increase. Although far from being a linear relationship, the power draw of that physical host increases as the utilisation increases. A typical non-virtualized server’s CPU utilization is around 5 per cent-10 per cent.

Power Usage Effectiveness (PUE)
A widely touted benefit of virtualisation has been reduced energy costs as a result of physical server consolidation. And, indeed, these savings are often not trivial. Consider a 1MW data centre with 1000 physical servers that draw 250W each at a cost of N1.1 per kilowatts/hour. The energy cost per year to operate just the servers would be about N2.4 million (250W/1000 x N1.1 x 24hr x 365 days x 1000 servers). Virtualize these servers at a conservative consolidation ratio of 10:1 with each remaining physical server operating at a CPU utilization of 60 per cent (instead of the typical 5-10 per cent) and you now get a total energy cost of about N600,000 (600W/1000 x N1.1 x 24hr x 365 days x 100 servers). That represents an energy savings of 76 per cent for the servers. So it is no wonder that virtualisation is widely viewed and promoted as a “green” technology for the data centre. Compute capacity remains the same or is even increased while energy use drops sharply.

It may come as a surprise, then, that in such a “green” scenario the most commonly used metric for data centre efficiency, PUE, could worsen after this server consolidation took place. Perhaps some might see this as a short-coming of the metric. That is efficiency metric must be deficient if it is not intended to reflect the obvious environmental benefit of significantly lower energy use. But note that PUE is a metric designed to only measure efficiency of the data centre physical infrastructure (i.e. power and cooling), and not the IT compute power efficiency. PUE should never be used or thought of as a direct indicator for how “green” a particular data centre is. The purpose is to show how efficient the power and cooling systems are for a given IT load.

The sudden – and increasingly automated – creation and movement of virtual machines requires careful management and policies that contemplate physical infrastructure status and capacity down to an individual rack level. Failure to do so could undermine the software fault-tolerance that virtualization imbues to cloud computing. Fortunately, tools exist today to greatly simplify and assist in doing this. The electrical load on the physical hosts can vary in both time and place as virtual loads are created or moved from one location to another.

As the processor computes, changes power state or as hard drives spin up and down, the electrical load on any machine – virtualised or not – will vary. This variation can be amplified when power management policies are implemented which actively power machines down and up throughout the day as compute needs change over time. The policy of power capping, however, can reduce this variation. This is where machines are limited in how much power they can draw before processor speed is automatically reduced.

At any rate, since data centre physical infrastructure is most often sized based on a high percentage of the nameplate ratings of the IT gear, this type of variation in power is unlikely to cause capacity issues related to the physical infrastructure particularly when the percentage of virtualized servers is low. A highly virtualised environment such as that characterised by a large cloud-based data centre, however, could have larger load swings compared to a non-virtualized one. And, unless they are incredibly well-planned and managed, these could be large enough to potentially cause capacity issues or, at least, possibly violate policies related to capacity headroom.

A highly virtualized environment is similar to a RAID array in that it is fault tolerant and highly recoverable. Workloads, entire virtual machines, and virtualized storage resources can be automatically and instantly relocated to safe areas of the network when problems arise. This shifting of resources to maintain uninterrupted service occurs at a level that is essentially transparent to the end user. However, depending on the quality of IT implementation and the level of integration of the virtual machine (VM) manager software, the end user may experience momentary latency issues while this migration takes place.

Given this fault tolerance, there may be a reduced need for a highly redundant (i.e., 2N or 2N+1) power and cooling system in a highly virtualized data centre. If, for example, the failure of a particular UPS does not result in business disruption, it may not be necessary to have a backup, redundant UPS system for the one that just failed. Those planning to build a new data centre with “2N” redundant power and cooling systems, perhaps could consider building an N+1 data centre instead. This would obviously significantly reduce capital costs and simplify the design of the infrastructure. It’s the fault tolerance of a highly virtualized network that allows organisations to consider this reduced infrastructure redundancy as a real option now.

Virtualising a data centre’s IT resources can have certain consequences related to the physical infrastructure. If these impacts and consequences are ignored, the broad benefits of virtualisation and cloud computing can be limited or compromised, and in some cases severely so. Luckily virtualisations are now possible in Nigeria with people like Schneider Electric with their local expertise and leading solutions.