According to Cnet security reporter Declan McCullogh, the FBI is pressuring telecom carriers (such as AT&T and Verizon) to install “port reader” software that would allow the agency to intercept and analyze entire communication streams in real time. 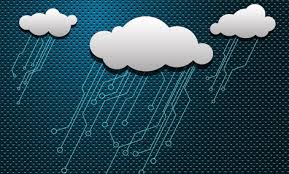 Carriers seem to be resisting, but the FBI claims it has the right to do this under the Patriot Act. Although the recent NSA scandal has not been put to bed yet, most of us who deploy cloud computing technology have dialed that situation into our thinking. However, this latest attempt to monitor electronic communications goes a bit further and creates more concern that moving data into the cloud means the government can leaf through your data willy-nilly.

As I pointed out last week, U.S. cloud providers are already suffering from fears due to the NSA scandal. Many European companies are hesitant to use U.S.-based cloud services when they consider the risk that the U.S. government’s spying may come along from the ride.

I think we need a bit of sanity here. If cloud computing is to succeed, we must have the fundamental assumption and understanding that information residing in the cloud can be both private and secure. If that can’t be assured, either by law or technology, many companies won’t see the benefit of cloud computing. Risk equals cost, and this sort of risk can make cloud adoption cost-prohibitive, despite the fact it’s less expensive to operate.

What can be done? Not much, unless the government acts to police itself and look into these types of activities. Perhaps it has good reasons. But if those reasons exist, let us know what they are. Otherwise, as the Rolling Stones say, get off of my cloud.