Microsoft has announced its intention to buy StorSimple, a startup seller of enterprise storage systems, for an undisclosed price.

The move reflects Microsoft’s determination to be a cloud leader, and shows that its promise to become a “devices and services company” extends well beyond its forthcoming Surface tablet, and into data centre hardware. 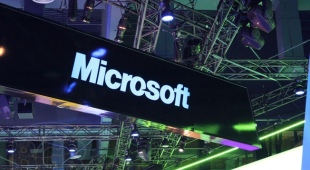 StorSimple sells sophisticated midrange storage systems, which store data in public clouds, such as Microsoft’s own Azure cloud, as well as on customers’ premises. This is a new style of storage that is being pioneered by a handful of suppliers, most of which are startups, and none of which has yet seen spectacular sales growth.

Microsoft, however, clearly agrees with Ovum that wider enterprise use of public storage clouds will happen in time. It has taken the plunge into data centre hardware so that it can direct the resulting flow of data toward its own Azure cloud.

In doing so it has presented a challenge to giant suppliers of conventional storage systems, such as EMC, IBM, HP, and NetApp. The strength of the challenge will depend in part on Microsoft’s ability to convince enterprise storage buyers that a software supplier with limited storage experience can truly replace the incumbents.

Public cloud data storage has much promise. Unlike conventional on-premise storage, it is elastic and infinitely scalable, and carries highly predictable costs.

As data volumes balloon, these will become increasingly appealing qualities. Public cloud storage also eliminates the major overhead of data backup, which continues to be one of the biggest difficulties for IT storage teams.

When data is sent to a public cloud, the responsibility for backing it up is also transferred from the customer to the cloud operator. Devices from StorSimple and its rivals have been designed to make all of these advantages easy to exploit, by providing a gateway into the clouds that is very simple to use, and making cloud storage appear almost identical to on-premise storage.

The gateway devices currently on the market are all architecturally similar, even though they range across the low and middle to high-end market sectors.

StorSimple’s products are in the mid-range, and the company believes that its products do not deserve to be called gateways, but should be labeled as cloud-integrated storage systems.

This is a reasonable position. Like other gateways, StorSimple’s devices store a subset of hot or frequently accessed data locally on customers’ premises, for performance reasons, but unlike most of their rivals, they do so using sophisticated features such as flash memory, automatic tiering, data de-duplication, and thin provisioning.

These are the same features on which conventional storage vendors such as EMC, NetApp, HP, and IBM compete. StorSimple welcomes the comparison, because this is exactly where it is pitching its products, as alternatives to conventional, midrange storage systems.

Microsoft might have been expected to buy a gateway vendor operating lower in the market. One likely reason for it to choose StorSimple is that the two companies were already close.

When StorSimple first launched its products, it focused heavily on storage of Exchange and SharePoint data, and although it later dropped that approach, Microsoft awarded it a BizSpark partner of the year award in 2011.

StorSimple will be an Azure booster

StorSimple’s products, like those of its rivals, allow customers to choose from a range of back-end, public storage clouds, such as those run by Amazon, Microsoft, RackSpace, and Nirvanix.

While Amazon’s S3 storage service is the market leader, Azure is widely acknowledged as its strongest challenger, and Microsoft will be able to use StorSimple and Azure to complement each other.

StorSimple owners could be offered discounts for choosing Azure as their storage cloud, or StorSimple products could offer greater levels of technical integration with Azure than with other clouds. Microsoft might even make them work exclusively with Azure.

Within hours of announcing the deal with StorSimple, Microsoft issued a statement that appeared to address the fact that it has no experience selling and supporting data centre hardware.

The statement emphasised that StorSimple’s competitive edge is in its software, and that its products are based on standard hardware that can be sourced from OEM partners.

So although Microsoft CEO Steve Ballmer told shareholders this month that he intends to make his company a “devices and services” supplier, it is already hinting that it could hand the hardware side of StorSimple’s business to another supplier.

That is quite feasible, but even if it were to do that, the company will still have to decide how it will support its newly acquired hardware products.