The Cloud Computing Market In 2013

When it comes to cloud computing, expectations are high for 2013. Businesses of all sizes are putting their hopes into cloud computing technologies and services to help them deliver business value while reducing operating costs. According to a recent Foresights survey nearly 50% of all enterprises in North America and Europe will set aside budgets for cloud investments in 2013. Also, 50% of software development companies are planning to deploy applications in the cloud. Let’s see what analysts and researchers expect from the cloud computing market in 2013: 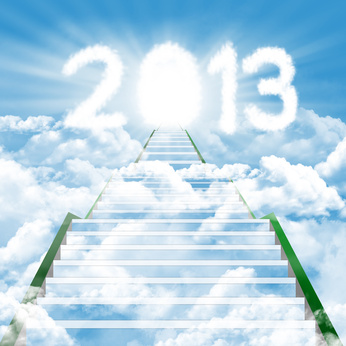 The cloud computing marketplace will reach $16.7B in revenue by 2013, including the large and well-established software-as-a-service (SaaS) category, according to a research report by 451 Market Monitor, compared to a revenue of $8.7B in 2010.

According to analyst firm TechMarketView, more customers will start using Software as a Service (SaaS) and hosted business process (BPaaS) over the next year. Research director John O’Brien explained that in 2013 cloud technologies will have to respond to business expectations with “new services, partnerships and contracting models to meet client expectations for increased delivery flexibility, cost transparency, and elasticity of consumption. 2013 will be the test-bed for this and determine which models and suppliers are likely to succeed or fail.”

According to the Cloud Storage Market-Worldwide Forecasts & Analysis research report (that includes Cloud Storage Gateways, Backup & Recovery, Data Movement & Access, Data Replication, Hsm & Archiving, Security And Storage Resource Management Solutions), published by http://www.marketsandmarkets.com/, the global cloud market is expected to grow from $5.6 billion in 2012 to $46.8 billion by 2013, at an estimated CAGR of 40.2% from 2013 to 2018.

According to the U.S. Federal Cloud Computing Market Forecast 2013, the Federal Government cloud computing market enters into double-digit growth phase – at about 16% CAGR over the period 2013-2018.

Gartner makes this prediction and it also advises outsourcers not moving in this direction that consolidation and cannibalization will occur in the 2013 – 2014 timeframe.

It’s obvious that cloud computing is expected to grow at an unprecedented rate in 2013. For sure, the cloud computing environment will extremely change over 2013 as it becomes inevitable for most companies.