The Cloud And IT Contractors: A Match Made In Heaven?

Cloud computing has for many years been like the Wild West of business IT – a vast, untapped wilderness full of possibilities for profit and adventure but still largely unpopulated. For the IT contractors who possessed the particular set of skills needed to traverse the cloud landscape, things have been pretty great for some time now. 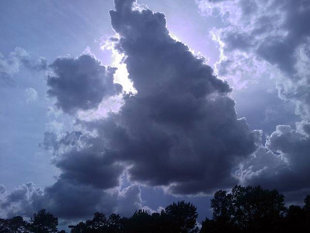 But the market for cloud services is changing rapidly and those original contractors are going to increasingly find themselves in the middle of a modern day gold rush where their skill set is no longer as unique as it was.

The dynamics of the cloud computing market are interesting in that together they form a classic example of a business technology where widespread understanding has lagged far behind technological innovation.

As more and more businesses begin to come to terms with the fact that cloud computing is really just a set of tools that utilise a certain kind of computer network and third party hosting rather than a huge and unintelligible leap forward, the market rewards for contractors are going to start to diminish.

Why is this? Well, to answer that we first need to look at why the market is currently so good for contractors.

The speed and ferocity with which cloud computing ripped onto the scene a few years ago meant had a number of interesting effects.

Firstly, the term almost instantly became a buzzword, meaning that its supposedly transformative and efficiency (read: profit) enhancing effects began to obscure what it actually was. Boardrooms and corporate meetings began to echo with repeated pronouncements about “moving over to the cloud” so that in the end many business people came to see the term as representing a way of doing business rather than a way of storing and utilising information.

Secondly, this lack of understanding meant that IT contractors who knew what they were talking about and dealing with became the most desired asset in a business’s IT team.  This translated directly into an overabundance of demand for cloud contractors grinding up against a relative scarcity of people who legitimately possessed that skill set. This equated to, to use the economic parlance of our times, big bucks for the early contractors.

These two factors combined with a return of business confidence to create a market environment where businesses are making more money available for IT projects, and contractors pay is likely to continue rising in the short term.

But why just in the short term? .

The cloud market is opening up in a big way, one example of which being the multitude of private companies now competing for a whole range of US government cloud-related contracts. This deepening and widening of the market will have a number of potentially negative effects for IT contractors.

Firstly, there is an argument that states that cloud computing will begin to destroy IT jobs in a number of different ways.  Contractors will begin to suffer as an increasing number of businesses begin to outsource their data and application storage to third party companies providing cloud computing services.  Furthermore, as more data centres become virtualised the need for people to maintain infrastructure is diminished. So the market begins to invert, as the demand begins to destroy the need to take on IT contractors.

The counter argument is that there will always be a need for IT contractors, but the roles they will be needed for will change. There will be a need for people to design cloud computing architectures, content delivery networks and disaster recovery strategies.

Secondly, this growing reliance on third party cloud computing companies and the growing understanding of what cloud computing actually entails means that companies will increasingly be able to use a mix of internal training and outsourcing to meet their business IT needs.

The future of the cloud computing market is not going to be quite as rosy for IT contractors as it has been for the last few years. This is not to say that there will not be a significant demand for freelance individuals who know their stuff, just that the buzzword bubble has well and truly popped and people are all starting to get a little more realistic about what cloud computing is and what it is capable of.