The Best Startup Pitches Of All Time

What persuades an investor to write a check for an entrepreneur’s raw idea? We spoke with active angel investors and venture capitalists, as well as scouring the Web, to compile a list of some of the best startup pitches ever.

From those, we learned a few things to keep in mind if you want to make a great pitch. 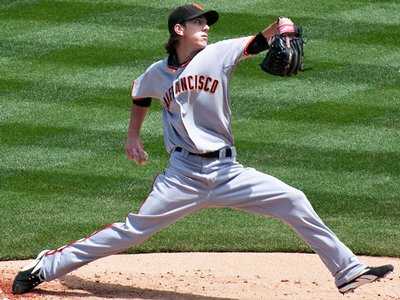 Product: Mobile app to report suspicious behavior and activity in your area

Why it’s a great pitch: First, Kidd engages the audience by taking a show of hands to see who actually uses neighborhood watch. Hardly anyone raised their hands.

Next, she immediately gets right into the pain point. She mentions that within four weeks in a three-block radius, five women reported five separate incidents of a creepy person exposing himself outside their windows. Authorities knew but the victims didn’t know.

That’s when she shows her solution, the That’s Suspicious Behavior mobile app. But it also helped to have some humor. While walking the audience through the app, Kidd points out that you can also hit the “Red pin (for) aggressive begging, which is appropriate for today.”

Where That’s Suspicious Behavior is now: The company won Best Presentation at the Launch Festival and secured a $50,000 investment pledge from MailChimp, an email-newsletter company that sponsored the conference. Product: Mobile app for connecting people on the go

Why it’s a great pitch: After a brief intro of the product, Altman brings up the pain point. He says it’s amazing how often you’re at a restaurant a couple of blocks away from a friend or in an airport with a friend, and don’t know about it.

Then he goes back into the product to show how Loopt’s new iPhone app solves that issue. It’s not your typical pitch to a VC but it’s short, concise, and to the point.

Where Loopt is now: Green Dot Corporation acquired Loopt earlier this year for $43 million. Before the acquisition, Loopt had raised $32 million from investors like Y Combinator, New Enterprise Associates, and Sequoia Capital. Why it’s a great pitch: Lerman immediately presents the problem, which is that local businesses want phone calls and not clicks. But if you charge on a pay-per-call basis, businesses end up paying for irrelevant calls.

Lerman then shows how Yext plans to solve that issue. He uses an example of Frank’s auto-repair in Alaska, and walks the audience through how Frank can customize his profile to receive relevant calls.

He then asks the audience, what kind of car he should call Frank about and actually does a live call. After waiting a couple of minutes, he demonstrates how the call information successfully ends up in Frank’s inbox.

Lerman’s presentation is the perfect example of show, not tell.

Where Yext is now: Since debuting at TechCrunch 50 in 2009, Yext has developed an entirely new product for local businesses called PowerListings for managing their listings across sites like Yelp, SuperPages, Citysearch, and others. PowerListings is now used by more than 50,000 paying locations.

To date, Yext has raised $65.8 million from investors including Institutional Venture Partners, SV Angel, and CrunchFund. It is currently valued at around $200 million.

See the rest of the story at Business Insider