The 5 Common Mistakes Entrepreneurs Are Still Making on Twitter

Twitter is one of the purest forms of true social media — conversations and direct interactions in real time happening all day, every day, making it one of the most valuable brand channels for entrepreneurs. You can find out what people are saying in real time about you and can personally connect with an individual in a genuine way.

While you may be promoting yourself or business on Twitter, you may be making a handful of easily correctable mistakes that could be severely limiting your influence and reach on Twitter, as well as hurting your brand. 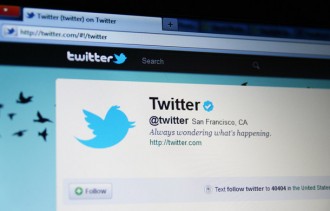 Here are the five most common Twitter errors and how to correct them.

1. You still aren’t using hashtags properly. Sure, you can fill any tweet with hashtags for any topics, but if you’re just tagging any old thing you feel like, you aren’t utilizing this tool to your advantage.

Using a hashtag sorts your tweets into categories. When you’re strategic about the tweets you write, you should be utilizing popular or trending topics to show up in the most popular category feeds. That gives you great exposure to new people and communities.

You can tag whatever you want in your posts, but if you want to use Twitter like a pro, pay attention to what’s trending and get in on those conversations in a natural, authentic way.

2. You aren’t using hashtags sensitively. There’s a big disclaimer to the above advice –- use trending topic tags wisely. Don’t just throw a topic you see is popular into a promotional tweet that has no relevance, or worse, is insensitive.

If you see #Japan is trending and don’t pay attention to the fact that it’s because there has just been a natural disaster, you’re going to look like a real jerk and do far more damage to your reputation than good.

Think of Twitter like a real conversation. Make sure you know what’s going on before you open your mouth. Take a minute to read what else is trending under the hashtag you’re about to use to make sure your tweet is relevant and appropriate.

3. You aren’t using @ to your advantage. Did you know where you position a user’s @handle in your tweet makes a huge difference?

For example, let’s say a client just raved about your service. This particular person (we’ll call them @client) has 10,000 followers and you have 10,000 followers. So when @client tweets out, “great job @you — killer service!” you’re stoked! That’s great exposure, so you quickly hit reply, “@client — thanks!” Essentially that means 20,000 people have just seen your tweet: their 10,000 followers and your 10,000 followers equal exposure to 20,000 people, right? Wrong. Whenever you reply to a tweet or send any tweet that starts off @, the only people who will have your tweet show up in their feed are people who follow you and the person you’re tweeting about, not both.

How do you get around this? Never start a tweet with @. It’s that simple. Look at @client’s original text, “great job @you — killer service.” Guess who saw that tweet? All 20,000 of both of your users would have seen because your user handle was embedded into the content of the tweet. The placement of that one little symbol can make a huge difference. Always put content before placing another user’s Twitter handle and maximize your exposure.

4. You aren’t posting pictures on Twitter. Pictures are one of the most important ways to send tweets today. Why is that? Compelling content. Twitter has a more recent feature that allows a portion of picture images to come through in the feed. It’s like a sneak peak and it’s far more engaging than just a URL link to your blog or other content. Even if you need to share content, if you can put it into a picture or graphic design your user engagement and the shares of that Tweet will skyrocket. Guaranteed. Make announcements, share information or promotions the right way with compelling images on Twitter.

5. You retweent everything. Mass retweeting everything isn’t good. It’s obnoxious and impersonal. Don’t be that “tweep” who is simply mass re-tweeting every single thing you see. Even if it’s some great content that you want to share, can you add a comment or enhance the tweet in some way other than just a mass, sterile RT? Be creative or you’ll quickly be the person everyone unfollows.