The 10 Best Countries for Cloud Computing

The study, released by BSA-The Software Alliance, an industry group, finds that while many of the world’s biggest IT markets have stalled or slid backwards, others are embracing laws and regulations conducive to cloud innovation. The second annual “scorecard” also finds that policy fragmentation persists, as some countries, aiming to promote local cloud markets, adopt laws and regulations that inhibit cross-border data flows or skew international competition. 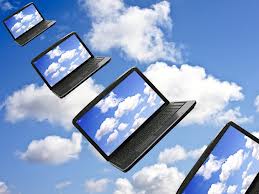 Here are the 10 top-ranked countries in terms of cloud environments:

BSA says this year’s biggest mover in the rankings is Singapore, rising from fifth from 10th place a year ago. The city-nation adopted a new privacy law “that recognizes people’s right to protect their personal information and companies’ need to use data for reasonable purposes,” the report notes. While not in the top 10, Singapore’s neighbor, Malaysia, is demonstrating progress in the right direction, bolstering cybercrime and IP laws and opening itself for increased digital trade, BSA adds.

The U.S. has edged into third, pushing Germany down to fourth. BSA credits “useful advances in standards development for cloud computing and infrastructure improvements rather than major policy improvements” within the U.S.

Canada, Russia, and India all also moved up the rankings by implementing international IP agreements.

Policy improvements in many of the world’s biggest IT markets have stalled, BSA adds.  Notably, all six European Union countries covered in the study have lost ground in the rankings. Others are “effectively unplugging themselves from the global market — with especially counterproductive policies in Korea, Indonesia and Vietnam.”

Trade agreements are an importanmt component of a nation’s cloud competitiveness, and should encourage the free movement of data and applications across borders, BSA says. “Governments must work to establish a framework that is rigorous enough to meet individual countries’ privacy concerns but flexible enough to ensure the free flow of cross-border data transfers. To ensure the growth of cloud computing, the obligations in forward-looking trade agreements should: explicitly prohibit restrictions on the provision of cross-border data services; prohibit requiring the use of local computing infrastructure, such as servers, as a condition for providing, or investing in the provision of, cloud services in the country;  prohibit the use of standards and licensing requirements in ways that restrict trade; and cover purchase by private businesses and consumers and government procurement, including by state-owned enterprises.