The Thai government is encouraging cloud computing adoption among its agencies by offering 11 software-as-a-service (SaaS) products next month, and it hopes this will help reduce the replication of IT deployments across the different organizations. 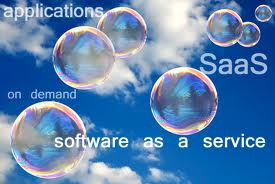 The Nation reported Tuesday that Thailand’s Government Cloud (G-Cloud) will offer SaaS products to local government agencies in June. Electronic Government Agency (EGA) Director Sak Segknoonthod said this will be a public-private collaboration to get the organizations to adopt cloud services.

Segknoonthod said in the report: “By June, we will have 4 software companies join us to offer 11 applications. We will support the cost of using these software at government agencies for the first two years.”

Thailand’s G-Cloud was launched in May last year and now brings together about 200 IT systems from more than 100 government agencies, and there are more still to be added.

“Currently, the systems on the government cloud are not yet designed specifically to serve the cloud model. They are [on] a server-based system that moved to the cloud [environment]. Government agencies should develop a new system specifically for the cloud platform,” advised Segknoonthod.

As such, the EGA is also proposing the government to establish a centralized data center to consolidate all the other agencies’ data centers, the report noted.