Telstra plans to offshore 170 full-time roles from its Network Applications & Services (cloud computing) division to India, about 15 percent of the division’s workforce. 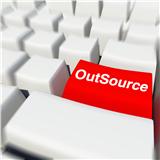 Representatives from the carrier said the job cuts would commence in October this year, assuming no complications arise from discussions with trade unions.

While no contracts have been signed, Telstra said it was seeking to shift 170 full-time roles plus 90 contractors in IT infrastructure operations, SLA reporting, service operations and IT resource management roles to an unnamed Indian provider.

Telstra network applications and services head David Burns said for IT infrastructure outsourcing, India offered the “biggest set of supplier capabilities – it’s a tried and tested market related to the areas we are looking at.”

Burns said the relevant skills for these roles did exist in Australia, but Indian outsourcing partners offered a greater ‘scale’ of those resources. He refused to discuss whether Indian resources were more affordable for the telco.

Current customers include Jetstar, Volvo, Fitness First and Defence. Burns stressed the latter would be served exclusively from Australia.