Telecom says it has been selected to provide cloud-based desktop computing solutions to government agencies, alongside Datacom and Japanese-owned companies Dimension Data and Fujitsu. 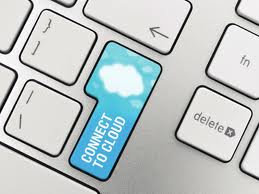 However, that has not been confirmed by the Internal Affairs Department, which said it was still negotiating with a “fourth” supplier.

United States technology giants IBM and Hewlett-Packard could not immediately be reached for comment on whether they had sought places on the all-of-government supply panel or still hoped to be included.

While public servants will need a computer terminal, their operating system software and software applications will be hosted in the cloud by the four firms.

“This means agencies don’t have to buy, build, install and operate computer hardware and software. Instead, they can purchase it as a service and access it through the internet, paying only for what they use, like a utility. Agencies can scale up or down as it suits them, ” MacDonald said.

The approach would let government workers access their own desktop computing environment from different locations, rather than having that tied to their own computer, he said.

Kate Woodruffe, a spokeswoman for Telecom’s Gen-i subsidiary, said it had also secured a place on the supply panel and had signed a contract to provide its service to one government agency, but the documentation had not been ready for Friday’s statement.

Five government agencies were ready to take up a cloud-desktop service and another eight were preparing to do so, MacDonald said.

In total those 13 agencies and Crown entities had an installed base of more than 30,000 computers, he said.