Technology: New version of Office reinvented for the cloud

Every few years, count on Microsoft to come calling with a fresh version of Office, the productivity software suite headlined by Word, Excel, PowerPoint and Outlook. Microsoft claims the new Office 365 Home Premium it launched Tuesday is the most ambitious version of Office in the quarter-century history of the franchise. You can download it at www.office.com. In addition to Word, Excel, Power Point and Outlook, programs include the digital note-taker OneNote, the Access database and the Publisher desktop-publishing program. The interface is welcoming, and the programs are friendly to touch. 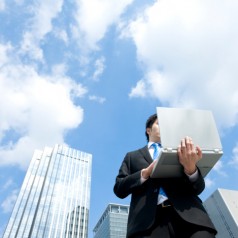 The big news is in how Office is being sold, updated and reinvented for the cloud-computing era. For $99.99 a year, you get to use Office with the aforementioned programs on up to five computers, PC or Mac. It’s $79.99 if you buy a Windows 8 PC at the same time. Microsoft also will let you pay $9.99 a month for a regular subscription, provided you buy direct from Office.com. College students can qualify for a $79.99 plan that covers four years.

On Feb. 27, Microsoft will add an Office 365 Small Business Premium offering for $149.99 a year. Among its features: a 25-gigabyte Outlook mailbox, plus the ability to host online meetings and set up a public website with no hosting fees.

Home Premium subscribers can share Office, with each family member able to sign in with his or her own user account. Multiple people can use Office at the same time.

You can freely deactivate any of the five computers under your subscription at any time at office.com/myaccount. That’s useful over time as you update computers. Microsoft is offering a 30-day free trial.

You can use a friend’s computer or a machine at a business center or hotel to “stream” Office over the Web via Office.com. The “ribbon” interface and other personalized settings remain intact and follow you, and using these other computers doesn’t count against your five-computer limit.

Microsoft also is opening an Office Store, with free and paid apps. For example, for $2.99, you can buy a business analytics Survey Response Tool for SharePoint 2013. A Merriam-Webster Dictionary app for Word 2013 and Excel 2013 is free.

If you’re satisfied with how you compose Word documents, prepare PowerPoint presentations and Excel spreadsheets, there’s no compelling reason to upgrade. If you prefer something more current, nonsubscription versions are available starting at $139.99 for the Office Home and Student 2013 edition.

You’ll need Windows 7, Windows 8 or Mac OS X version 10.5.8 or later to run Office. As part of your Office Home Premium subscription, you get 20 GB of storage on Microsoft’s SkyDrive online locker, on top of the 7 GB of storage that you otherwise get for free. By saving documents on SkyDrive (by default), I was able to pick up on one computer where I left off on another.

Another plus: Microsoft throws in 60 free Skype minutes a month for making global phone calls to mobile phones, land lines or computers