Tech feud continues in the cloud

In a way Aneel Bhusri and Zachary Nelson, whose companies are in contention over the next major shift in computing, are reliving history. Two decades ago, their software mogul mentors feuded, their dispute taking place against the backdrop of a major shift in corporate computing – when customers gave up their mainframes and moved to software that relied on personal computers closely connected to a server. 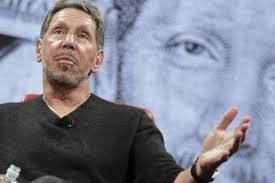 Bhusri, the co-founder of a competitor company called Workday, used to work for David Duffield, a rival of Ellison’s. Duffield is the low-profile founder of PeopleSoft, a once-powerful maker of corporate software that Oracle acquired in a bitter, 17-month hostile takeover fight.
How bitter? Oracle defeated a federal antitrust lawsuit brought by the Justice Department before it could reel in its rival. And a month after PeopleSoft was acquired, 5000 of its 11,000 employees were laid off.

Together, NetSuite and Workday are among a growing circle of tech outfits poised to cash in on the migration to cloud computing services and perhaps elbow aside today’s corporate software giants, like Oracle and the German company SA, despite their own efforts to market cloud services.

“It would be a mistake to see this as a revenge play, though other people might see it that way,” Bhusri (pronounced “Bush-ree”) said in an interview, referring to his company’s efforts to take on Oracle’s business. “PeopleSoft came in second or third. This time we can be first.”

Workday and NetSuite each have annual sales of less than $US400 million ($407 million), about 1 per cent of what Oracle sells in software, but the stock of both companies has rocketed on expectations that they are in the heart of a market that could grow five times faster than the rest of the tech industry, according to IDC, a technology research firm.

Companies in this growing area could be acquisition targets. IDC predicts that by mid-2014 the big software makers will have spent as much as $US25 billion ($25.5 billion) on acquisitions as they build their cloud services.

While the market value of Oracle and SAP both reflect about four times their annual sales, NetSuite shares trades at 20 times its sales, and Workday is valued at 40 times. Last Wednesday, Workday reported revenue for its first fiscal quarter of $US91.6 million (93.4 million), up 61 per cent from a year earlier. In its most recent quarter, which ended March 31, NetSuite also had $USUS91.6 million in revenue, up 32 per cent from the same period a year ago.

The two upstarts both deliver services – NetSuite in accounting and backoffice systems and Workday in human resources – that perform essential business functions, and from there have broadened into other areas.

Their services perform the same functions as traditional business software to manage tasks like accounting and tracking employee benefits. But instead of selling a licence to own that software, which requires the customer to install it on a server, the two companies provide access to their services over the internet and customers pay on a subscription basis.

Bhusri, 47, and Duffield started Workday in 2005. Bhusri is the chairman, and the men share the chief executive role. Bhusri, a partner at the venture capital firm Greylock Partners, is on the board of several other cloud companies.

“They are all companies in the Dave Duffield model – the good guy model, as opposed to the other guy,” Bhusri said. An open, self-effacing man, he declined to identify the “other guy,” but added, “I would be amased if Oracle does not buy NetSuite.”

Duffield hired Bhusri at PeopleSoft. Based in Pleasanton, California, about 30 miles from Oracle, it was sometimes called the “People company” and was known for its casual atmosphere. Duffield often signed emails with his initials, D.A.D., and the company regularly held beer bashes, where the entertainment was the house band, the Ravin’ Daves. (Duffield did not play in the band.) And at those parties, Duffield was known to lead his employees in anti-Oracle cheers.

“He is my best friend,” Bhusri said of Duffield.

Bhusri rose fast at PeopleSoft, but he became caught up in a difficult effort to move PeopleSoft products online. When Duffield retired in 1999, Bhusri was not given the top job because was thought to have too little experience in operations and sales. Bhusri went to Greylock, but continued to serve as vice chairman of PeopleSoft.

This was about the time that Ellison co-founded NetSuite with a former Oracle programmer, offering software services for tasks like financial and customer management.

Nelson, the NetSuite chief, scoffs at the idea that Oracle will acquire his company, based in San Mateo, California, a few miles from Oracle’s campus. Instead, he says, NetSuite will become a critical company, not just for accounting, but for retailing and manufacturing globally.

He got the attention of Ellison in 1996, when as the head of marketing at Oracle he wrote an ad mocking the processing speed of competitors’ products. “It read ‘Gentlemen, start your snails,”‘ recalled Nelson, a Stanford graduate whose artifact-rich office shows an abiding interest in anthropology. He joined NetSuite in 2002 as chief operating officer, and took over as CEO by the end of the year. “I was in with him forever,” he said.

Troubles between PeopleSoft and Oracle began in June 2003, when Ellison announced an unsolicited offer to acquire PeopleSoft for $US5.1 billion. Within a month, it raised its offer, and touched off a lawsuit by PeopleSoft that accused Oracle of interfering with its business. The US Justice Department began an antitrust investigation. In the ensuing months, Oracle raised its offer to buy PeopleSoft, and then reduced it after PeopleSoft reported lower earnings. At one point, PeopleSoft’s chief executive, Craig Conway, who had worked at Oracle, referred to Oracle as a “sociopathic” company.

Oracle defeated the Justice Department’s investigation in September 2004, the same month Conway was removed and Duffield returned as chief. The two hoped to fight Oracle’s takeover with a poison pill defence, but on the eve of a trial challenging that tactic, PeopleSoft’s board accepted Oracle’s offer of $US10.3 billion.

Duffield, 72, says losing PeopleSoft is still painful. “It was 17 years of my life,” he said. Following his return to the company, he said, “I expected to be there this very day, with Aneel.”

“I don’t dislike” Ellison, Duffield said, “he made very good business decisions.” He also noted that if Oracle hadn’t gone after PeopleSoft, and prevailed against him, “I’d still be retired. Amazingly, we got a new chance.” Billionaire Ellison, who is 68 and the world’s fifth-richest man, is also pushing Oracle into online software. He declined to be interviewed.

Workday’s service, based on technology created by a former PeopleSoft employee that Duffield and Bhusri acquired for about $US1.5 million, operates without one Oracle database. That is a rarity among cloud computing companies, and it’s a decision that Nelson of NetSuite thinks will end up hurting the company.

“They have to build all this stuff that I don’t have to,” he said. As for SAP, Nelson added, “Larry has them on such a tilt that they don’t know how to think about things.”

SAP takes an equally dim view of its small rival. “SAP is a major player in the cloud today, with over 29 million cloud users,” James Dever, an SAP spokesman, said in an email. “As for the attacks on SAP, they would be more convincing if it weren’t so easy to see the hand of Larry Ellison working the Zach Nelson puppet.”

This large if unglamorous part of the tech industry – revolving around accounting and human resources software, not shiny smartphones – may be an unlikely rumbling turf. But along with manufacturing, their services are at the heart of the work structure for most companies, making it a very big business.

Oracle and SAP have a combined market value of $US258 billion ($263 billion). Duffield, who is also a billionaire thanks in part to Oracle’s costly takeover of PeopleSoft, acknowledges that Workday now has less than 1 per cent of Oracle’s revenue, but said “that’s 99 per cent to go.”

But today’s competition isn’t about the money. “They all have that,” said Peter Goldmacher, managing director of investment firm Cowen and Co. in San Francisco. “It’s about who owns the future.”