Tech company expanding to Singapore? 3 things you may not know about the city (Startup Asia preview)

Singapore is perhaps the most cliché-ridden startup hub in the world. Everyone knows about its business-friendly status, the lack of capital gains tax – which prompted Facebook co-founder Eduardo Saverin to set up shop in Singapore – and how it’s a testbed for technologies and a gateway to the region. 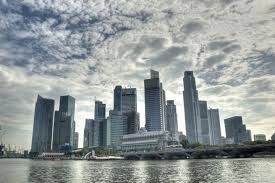 But that’s scratching the surface. At our Startup Asia Singapore event on May 7 and 8, we’ll have a number of Market Expansion Tracks (MET) sessions covering five countries. In the Singapore MET, we’ll be going deeper into what startups and tech companies should know when deciding whether to expand to the city. As a starter, here are three things you may not know about the country: 1) Singaporeans take a while to open up, but can become shrewd negotiators once they do.

Business negotiation in Singapore is relationship-based, says British linguist Richard Lewis. Dealmakers typically start with a process of softening up and getting to know the person before moving on to the negotiation stage. It’s no easy ride from then on, however, as Singapore businesses tend to use tactics like stalling, last-minute demands, and inflating initial prices to get what they want. But given the cosmopolitan nature of the city and a startup scene that is perhaps more direct in negotiations, expect more diversity of styles that do not conform to this generalization. 2) There’s an explosion of spaces catering to startups and innovation.

Block 71, a government-led initiative to house startups and investors under one roof, is bearing fruit. The program will double in capacity. Coworking spaces like Hackerspace, The Co, and Hub Singapore have also become popular, each possessing different characteristics. A more recent trend is the rise of makerspaces, catering to craftspeople and hardware hackers. (See: Singapore’s most unlikely makerspace: a sprawling facility hidden in an old industrial estate) 3) There’ll be an influx of series A funding into Singapore soon. Startups are complaining that there’s not enough series A venture capital funding around, while investors feel there aren’t enough startups that meet their criteria. The gap is closing though.

The government has added support for early-stage startups through the TIS scheme, and last year announced the revival of the ESVF initiative, a co-funding scheme for series A investors. The government will announce a shortlist of partner firms soon. Intrigued? There’s definitely more to explore. At the MET panel session, we’ll be having Meng Weng Wong from startup accelerator JFDI, Spencer Ng from mobile and web research firm TNS, as well as Satish Bakhda from company registration firm Rikvin. These experts will dish on key internet and mobile trends in Singapore as well as practical advice on taxation, company registration, and other matters. There’ll be an opportunity to ask questions and interact one-to-one too.